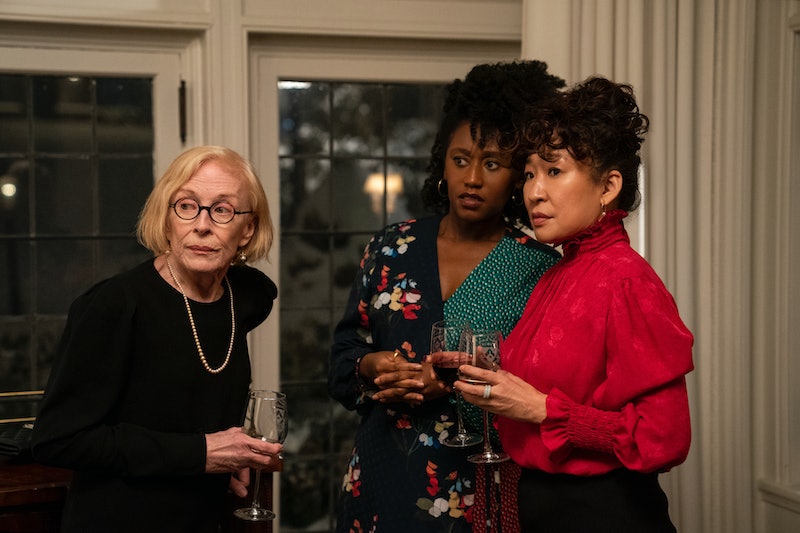 In case you needed yet another reason to love Sandra Oh, you can now stream her newest TV show — The Chair — on Netflix. Created by Amanda Peet (Togetherness, Dirty John) and Annie Wyman, the dramedy stars Oh as Dr. Ji-Yoon Kim, a Korean-American academic who begins a new role as the Chair of the English department at the prestigious Pembroke University.

As the first woman — let alone woman of color — to helm the department, Ji-Yoon doesn’t have an easy ride, and she struggles to mitigate the numerous conflicts that arise within the program. Quickly, it becomes clear that the vision she had for reinvigorating the department will be an uphill battle. “We wanted to explore how exhausting it can be to, first of all, be a woman in a supervising role, but also to be a person of color on top of that. You have to do your job, then you also have to navigate all of this subliminal sh*t that goes on because you represent a change in culture,” Peet told Netflix of creating the show. “When you are a woman of color you’re constantly being put to the test in covert ways (and blatantly) — white men don’t experience this added pressure when they are ascending the ranks of their professions.”

At six 30-minute episodes, The Chair makes for a quick watch, and Netflix hasn’t yet announced if it will return for Season 2. But the talent behind it points to a promising future. In addition to Oh, a 12-time Emmy nominee, Jay Duplass (Search Party), Bob Balaban (Best in Show, Moonrise Kingdom), and Holland Taylor (The L Word) star. Oh also serves as an executive producer alongside Peet, her husband David Benioff, and D.B. Weiss — the latter of whom are the former showrunners of Game of Thrones. According to Deadline, The Chair marks the first series to come out of an overall deal signed between Benioff, Weiss, and Netflix, so it’s likely they have a long-term plan.

Reviews have also been mostly positive. “[The Chair] has a strong sardonic streak but also a beating heart. It understands that every person — whether you’re the daughter of a busy single mother, a frustrated student, or a scholar worried you’ve aged out of relevancy — ultimately is just trying to feel seen and wanted,” Jen Chaney wrote for Vulture. “Though the economy of the storytelling ... is commendable, I easily could have watched at least four more episodes.”