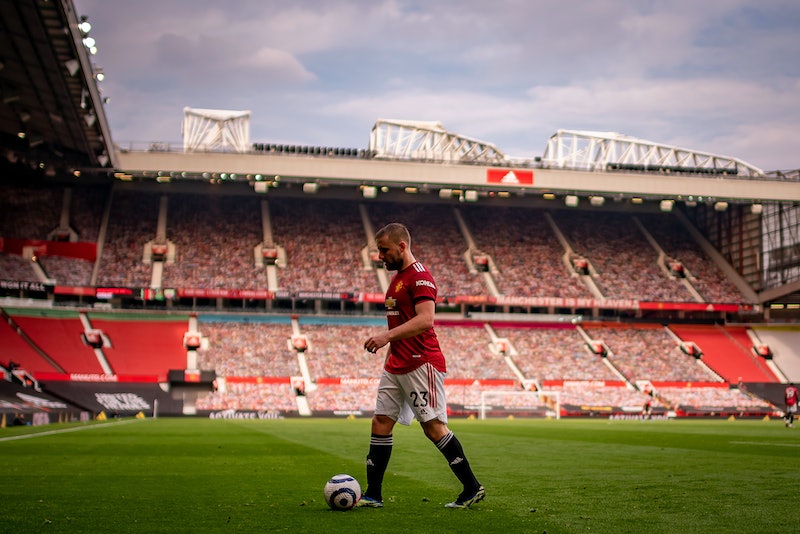 In a landmark decision, Manchester United, Liverpool, Arsenal, Chelsea, Manchester City, and Tottenham have joined a new European Super League (ESL), despite widespread concerns that the move could be damaging to English football. The billion-dollar breakaway plan would see the country’s richest clubs – known as “the big six” – compete in a brand new competition that rivals the Champion’s League. It’s been dubbed the “biggest shake-up of club football in a generation” with everyone from Gary Neville to Prime Minister Boris Johnson commenting on the move — here's everything you need to know about the European Super League.

What Is The European Super League?

The Super League released a statement via its website yesterday (April 18) explaining that the new tournament is comprised of 15 founding clubs with five more teams able to qualify depending on how they perform during the season.

Expected to begin in August this year, games will be played midweek and, per BBC Sport, the clubs would be split into two groups of 10, playing each other home and away. It states that all participating clubs will be able to “continue to participate in their respective national leagues” however early signs say the UEFA and Premier League will refuse to allow this.

The move is being funded by US investment bank giant JP Morgan and essentially, the ESL could replace the Champions League.

What Have The Other Leagues Said?

Unlike the Champions League, the 15 founding members of the ESL can’t be relegated, meaning the competition will include the same teams every year. Many fear this will undermine the appeal of the whole game.

The UEFA, Premier League, and FIFA have all issued statements condemning the current plans.

The Premier League stated that it “condemns any proposal that attacks the principles of open competition and sporting merit which are at the heart of the domestic and European football pyramid.”

Meanwhile, FIFA has expressed its disapproval of “closed European breakaway league outside of the international football structures and not respecting the aforementioned principles.”

The UEFA also thanked clubs in other countries, “especially the French and German clubs,” who have refused to sign up.

Who Else Is Opposed To The New League?

There’s been notable outrage on social media since the European Super League made their announcement.

Fans and football officials have expressed serious concerns that the European Super League will undermine the principles, tradition, and history of the sport.

Former Manchester United star and Sky Sports pundit Gary Neville reacted angrily to the plans. In a video clip that has been watched more than 5 million times, Neville said “I’m a Manchester United fan and have been for 40 years but I am actually disgusted.”

Neville also condemned the plans as driven by “pure greed” and called out the “imposter” owners of the participating clubs who “have nothing to do with football in this country.”

“They should be punished heavily. Massive fines, points deduction, take the titles off them. Relegate United, Liverpool and Arsenal. The timing is hideous,” he said. “What world are these people living in to think that they can bring this forward at this moment?”

Meanwhile, Prime Minister Boris Johnson shared a tweet on Sunday stating “plans for a European Super League would be “very damaging for football” adding that the government supports “football authorities in taking action.”

He added: “They would strike at the heart of the domestic game, and will concern fans across the country,” he added.

What Does It Matter?

It goes without saying that football is a huge and beloved institution in England and beyond. However, fans throughout the globe have dubbed the pending European Super League as the “ultimate betrayal.” Despite the ESL saying it would generate more money than the Champions League and would result in a greater distribution of revenue throughout the game, fans are convinced the move is driven by “cynical greed” that could inevitably harm smaller clubs financially in the future.

“The motivation behind this so-called super league is not furthering sporting merit or nurturing the world's game – it is motivated by nothing but cynical greed,” said a statement from the Footballer Supporters' Association. “This competition is being created behind our backs by billionaire club owners who have zero regard for the game's traditions and continue to treat football as their personal fiefdom.”

Even for those who do not consider themselves football fans, the news has struck a chord. Many have seen this move as yet another example of how unchecked wealth and power in sport can upend the two things people loved about it in the first place: healthy competition and a sense of community.

As Sir Alex Ferguson explained to Reuters, “talk of a Super League is a move away from 70 years of European club football.”

More like this
Rita Ora Finally Opened Up About Marrying Taika Waititi & Their "Perfect" Wedding
By Sophie McEvoy and Catharina Cheung
Pret & Costa’s Coffee Is The Strongest On The High Street, According To Which?
By Sam Ramsden
Gen Z Are Twice As Likely To Identify As Queer, According To New Data
By Sam Ramsden
Twitter Has *A Lot* To Say About The "Single Penalty”
By Sam Ramsden
Get The Very Best Of Bustle/UK
Sign up for Bustle UK's twice-weekly newsletter, featuring the latest must-watch TV, moving personal stories, and expert advice on the hottest viral buys.