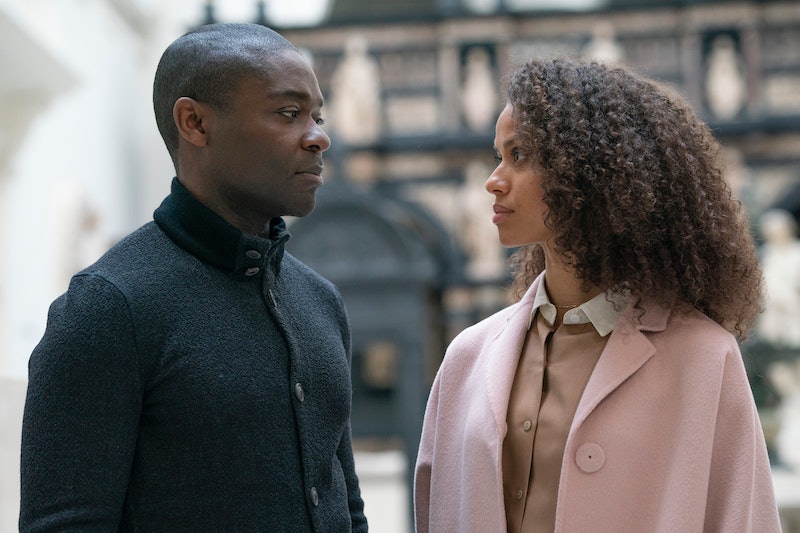 The international best-selling novel The Girl Before is to be adapted into a new “mind-bending” psychological thriller series. Written by JP Delaney, the book tells the story of Jane (played in the adaptation by Gugu Mbatha-Raw) who gets the chance to move into a beautiful, ultra-minimalist house designed by an enigmatic architect Edward (David Oyelowo) — but there’s a catch. The house holds dark secrets about its previous occupant, Emma, that threaten to unravel Jane’s way of life. The limited four-part series is tipped to be just as addictive as the novel, so here’s everything you need to know about The Girl Before.

When Will The Girl Before Air?

Per Stylist, it has been confirmed that The Girl Before will air on BBC One and BBC iPlayer over Christmas as part of their 2021 festive TV lineup. Although a specific date is yet to be announced, the first look photos dropped on September 21. The three new photos from The Girl Before are almost as mysterious as the plot itself, showing the show’s actors in some serious-looking poses.

Who Is In The Girl Before Cast?

The Girl Before will reunite Gugu Mbatha-Raw and David Oyelowo, who previously worked together on The Cloverfield Paradox in 2018. Mbatha-Raw, who is also making her debut as a producer on the series, takes on the starring role of Jane, and Oyelowo will play Edward.

Known for roles in Belle and A Wrinkle of Time, Gugu Mbatha-Raw said of the new project, “I'm so excited to work with this amazing team on such a compelling story in my debut role as actor/producer.”

Oyelowo said something similar, telling the BBC, “This story is mind-bending in its clever construction and intricacy. I can’t wait to see it, let alone be in it. Plus, I’d go anywhere to work with my friend Gugu again.”

New to the cast lineup is former Eastenders actor Jessica Plummer, who will play Emma.

What Is The Plot Of The Girl Before?

The Girl Before plot is set to follow the same gripping story featured in the original book (which has sold over a million copies since it was released in 2016).

As previously mentioned, Jane’s new home at One Folgate Street comes with some mysteries. Upon moving in, she is made to follow by a strict set of rules Edwards lays out for all occupants. Soon, Jane starts to feel the house changing her in ways that don’t make sense until she learns about Emma and what happened to her at One Folgate Street. Jane can see similarities between her and Emma and starts to wonder if their fates will be the same, too.

What Else Should We Know About The Girl Before?

The Girl Before author JP Delaney is also writing and executive producing the series alongside Marissa Lestrade (Deep State 2). He’s joined by Killing Eve’s Lisa Brühlmann, who is directing. “Psychological thrillers can be even more gripping on television than they would be as movies, said Delaney, “and I’m incredibly excited to be re-telling this particular story in a visual medium. It’s also been great fun to collaborate on episodes two and three with a brilliant co-writer, Marissa Lestrade.”