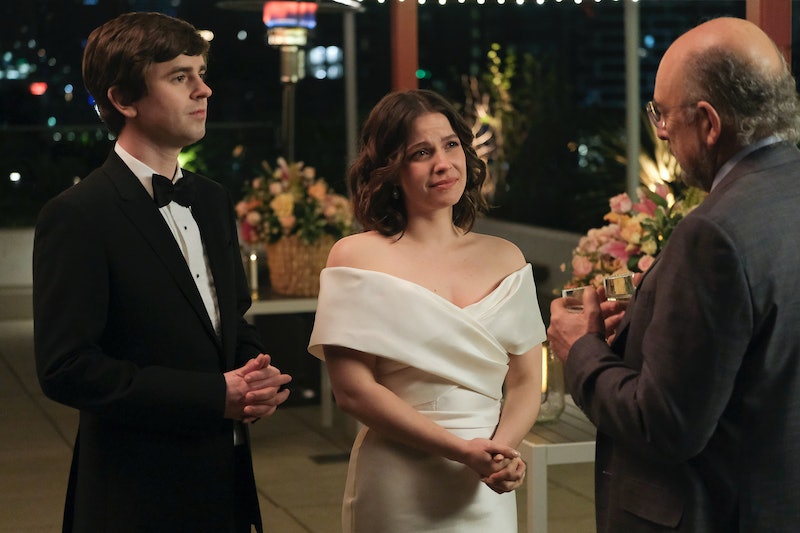 More than a month before the medical drama wrapped Season 5, ABC renewed The Good Doctor for a sixth season on March 30. What’s more, the network is adding two episodes originally slated to air this year to the 2022-2023 installment, which will mark The Good Doctor’s longest season yet with a total of 22 episodes.

That’s not the only change ahead. Deadline reported on May 13 that longtime Good Doctor executive producer Liz Friedman is joining David Shore as a co-showrunner. The duo previously worked together on Fox’s House, before Friedman went on to work on such series as Orange Is the New Black, Jessica Jones, and Elementary. “I have worked with, and shared my burdens with, and depended on Liz for years,” Shore said in a statement. “Very much looking forward to enjoying all the great things she is going to do with the show.”

With the Season 5 finale airing on May 16, here’s everything to know before The Good Doctor returns in the fall.

However, the network revealed in April that Season 6 will add two new recurring cast members: Brandon Larracuente and Savannah Welch as two similarly named interns Daniel (aka Danny) and Danica (aka Danni). (Deadline reported that both actors have options to become series regulars.) An alum of Freeform’s Party of Five reboot, Larracuente plays a character “known to charm doctors and nurses alike, even with his interest in somewhat controversial alternative medicine.” Outside of St. Bonaventure, he’s also a “bit of a lone wolf and an intriguing mystery to his co-workers,” per ABC. Meanwhile, Welch’s Danni is an Annapolis graduate who’s described as “charismatic, ethical to a fault, and competitive both inside and outside the hospital.” Expect her to stir up some drama though, as the Navy vet is also “surprisingly comfortable defying authority.”

Following a breakup earlier in the season, Shaun and Lea’s wedding day finally arrived in the Season 5 finale — and Dr. Glassman even agreed to officiate the ceremony. Spara, who plays Lea, told Parade in March that she’s eager to see the couple “move forward in the world,” whatever that might mean, in the future. “Since Day One, I wanted Shaun and Lea to be together because I love this relationship so much. It just speaks on patience and empathy,” the actor explained. “I love the grace that a couple can provide for one another in a relationship and what this looks like with someone who is neurotypical and someone who is diagnosed with autism. I’m absolutely rooting for them, 1,000%!”

Meanwhile, ABC teased that Asher’s parents would show up in the finale “with a revelation” that will cause the doctor to struggle to accept that he and his father “may never truly understand one another.” Pending any Season 5 cliffhangers — including the possible death mentioned earlier — that’s another storyline that could continue playing out in the future.

Either way, viewers can expect a continued mix of happiness and tragedy, moving forward. “We want to deal with real issues and real people and decent people trying to do their best and facing challenges. And sometimes things work out, and sometimes they don't, but we don't always have the happy ending,” Shore, who said the series is “about hope,” told Entertainment Weekly in February. “But we want to have the happy ending, and more often than not we will. But those happy endings are made all the sweeter by the sad endings.”

When announcing Larracuente and Welch’s casting, ABC revealed that both actors had already shot their first episodes and fans could expect to meet them at the start of Season 6 in the fall. Though the network has yet to announce the specific return date, past seasons have generally premiered in late September, and the same will likely be true this year.

This post will be updated as more The Good Doctor Season 6 details become available.