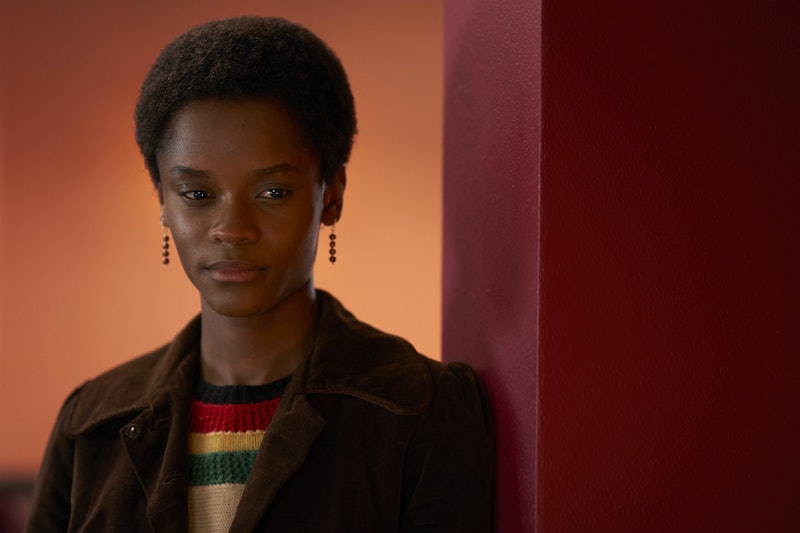 The trailer sees Black Panther's Letitia Wright leading protesters chanting "enough is enough" before they're arrested in dramatic scenes. These real-life pivotal protests led to the arrests of nine innocent men and women charged with incitement to riot, who later became known as the 'Mangrove Nine.' The landmark case helped to expose racism within the Metropolitan Police. As the BBC writes, they changed British history "by taking a stand against racial discrimination."

Speaking about Mangrove, director McQueen spoke of why it was important to revisit this moment in British history:

“Sunday, August 9 is 50 years since the Mangrove March, which led to nine innocent black women and men being arrested. It was a march necessitated by relentless police brutality in Notting Hill. To commemorate the bravery of these community activists and the nine who went on to be acquitted of incitement to riot with the judge citing 'evidence of racial hatred.'"

Following the release of the first film, Small Axe will debut four more stories from London's West Indian community, spanning the 1960s until the 1980s. All of the films will showcase those "whose lives have been shaped by their own force of will" despite rampant racism and discrimination.

Some may notice that the series shares its name with the famous Bob Marley & The Wailers' song, which was derived from an African proverb: “If you are the big tree, we are the small axe”.

In current times, the new films will make for important viewing.

Small Axe will premiere on BBC One and iPlayer this Autumn. The series will be streamed on Amazon Prime in the U.S.