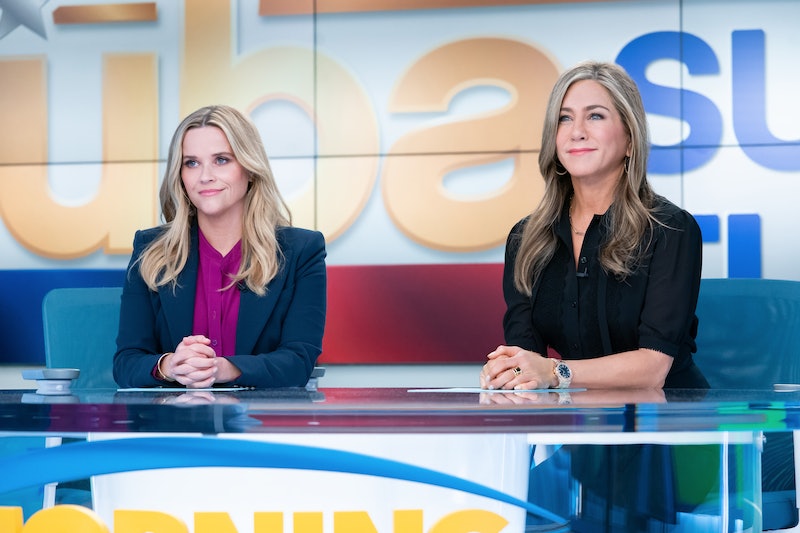 When The Morning Show was given a two-season order in 2019, director and producer Mimi Leder described the project as a limited series. But the show, which stars Jennifer Aniston and Reese Witherspoon as rival TV co-hosts, soon gained an avid fan base — as well as awards season acclaim — and in the end, it was renewed for a third season in Jan. 2022.

Updates for Season 3 have been few and far between, but several major announcements finally came at the end of the summer. Earlier this month, Witherspoon posted a video on Instagram from The Morning Show set, announcing that the new season had started filming. “We are backkkkkkkk!” she wrote in the caption.

Below, learn more about The Morning Show’s upcoming third season. (Warning: major spoilers about the first two seasons below!)

Aniston and Witherspoon are set to return, as is Julianna Margulies, whose character Laura Peterson joined the show in Season 2.

Fans may also be wondering what will come of Steve Carell’s character, Mitch Kessler — Alex’s former co-host who was killed at the end of Season 2. Even though the ousted Morning Show host is definitely dead, Ehrin has stated that his storyline may not be finished. “There are a couple of different things I could see happening,” she told The Hollywood Reporter.

Additionally, some fresh faces will join the series for its third season. Earlier this month, Deadline reported that Jon Hamm will join The Morning Show as Paul Marks, “a corporate titan who sets his sights on UBA.” Weeks later, it was also announced that Nicole Beharie (Miss Juneteenth) will play Christina Hunter, a “grounded, competitive and charismatic millennial” anchor on The Morning Show.

There are some shake-ups coming behind the camera, too. Kerry Ehrin, the showrunner of the first two seasons, stepped down from her post. She remains on the series as a consultant, per Deadline, while Charlotte Stoudt (Fosse/Verdon) takes over as showrunner.

In its prior two seasons, The Morning Show was reworked at the last minute to incorporate real world events as they unfolded, like the #MeToo movement, the COVID-19 pandemic, and the Black Lives Matter protests. However, Leder is eager to move on from at least one of those storylines should the show return. "If there is [a third season], it will not be about COVID. I promise you that,” she told Town & Country.

But largely, plans for The Morning Show’s third season are still being kept under wraps.

A premiere date has yet to be announced. Principal production for The Morning Show’s third season began in Aug. 2022, meaning it may be some time before it premieres.

More like this
The 'Freeridge' Cast Shared Their Hopes For A Potential Season 2
By Grace Wehniainen
Everything To Know About 'The Real Housewives Ultimate Girls Trip' Season 4
By Jake Viswanath
Everything To Know About 'Cobra Kai' Season 6
By Brad Witter
A 'Terminal List' Sequel & Spinoff Are Reportedly In The Works
By Kadin Burnett and Grace Wehniainen
Get Even More From Bustle — Sign Up For The Newsletter
From hair trends to relationship advice, our daily newsletter has everything you need to sound like a person who’s on TikTok, even if you aren’t.

This article was originally published on November 19, 2021