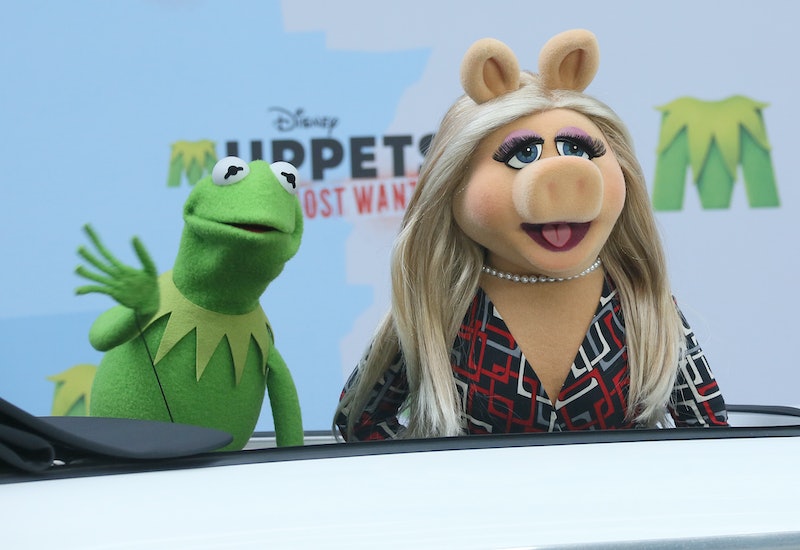 Keegan-Michael Key hosted Saturday Night Live for the first time on May 15, and no, his comedy partner Jordan Peele didn’t appear as a surprise guest. Instead, the actor’s special guests were... the Muppets, or more specifically, Kermit the Frog, who was being heckled by Statler and Waldorf, as per usual. However, Key and Kenan Thompson came to the rescue as perhaps the best (or worst) security guards ever, proving that they need to star in a buddy comedy together.

Kermit kicked off the sketch by starting an episode of The Muppet Show with special guest Lily Tomlin (played by cast member Melissa Villaseñor), but it didn’t take long for Statler and Waldorf to get bored, responding to Kermit calling his guest a “showstopper” by saying, “I’d do anything for this show to stop.” However, when they called the show a bomb, Key and Thompson had to step in and tell them to shut up. “Finally, something entertaining is happening,” the puppets remarked.

But of course, Statler and Waldorf couldn’t help but push Kermit’s buttons — or as Key kept calling him, Kramer. Eventually, things got violent, with Statler getting two new purple eyes courtesy of Key. When he complained that he couldn’t see through his injuries, Waldorf said he wasn’t missing much, leading to another beating by Thompson. It’s safe to say that no one has ever seen the Muppets being treated like this, and Twitter couldn’t get enough of it.

While the Muppets took center stage during the surprise sketch, there were more SNL cast members involved than you might think. Beck Bennett, Mikey Day, and Kyle Mooney provided the voices for the Muppets this time around, according to Entertainment Weekly, and their impressions couldn’t have been more accurate.

While fans may have been surprised to see Kermit and his favorite hecklers onstage with Key tonight, he goes farther back than even the most well-known SNL veterans. The Muppets’ relationship with the series dates back to the first season, with original characters being inserted into the show’s very first episodes. Clearly, they should come back more often.