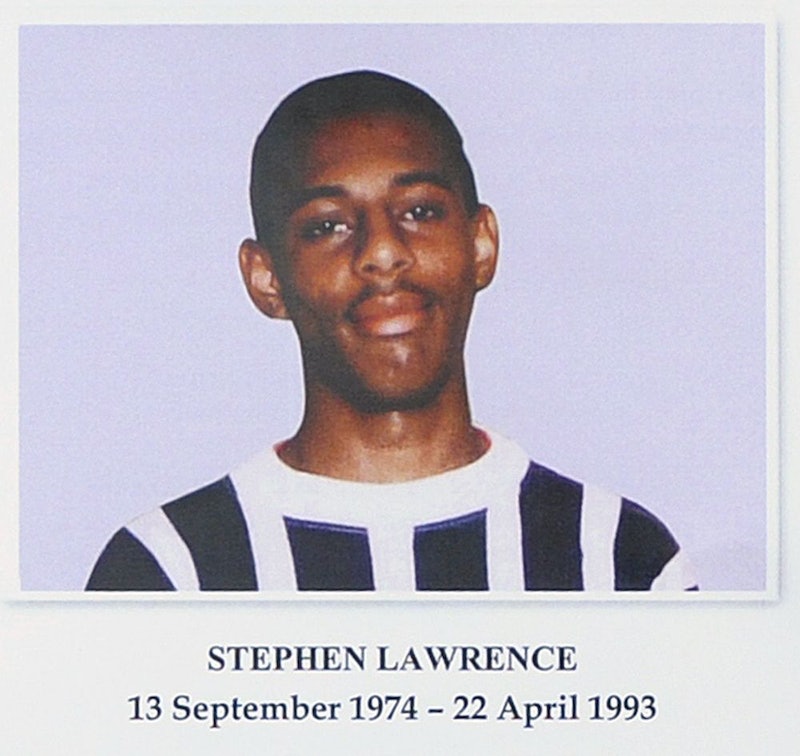 First broadcast in 1999, BAFTA-award-winning film The Murder of Stephen Lawrence looked at the racially motivated killing of an 18-year-old British boy and the justice his parents sought from the police. Now a three-part follow-up series is in the works at ITV, and early reports reveal it will cover events from 2006, charting Doreen and Neville Lawrence's continued efforts to see their son's killers convicted.

In April 1993, Stephen Lawrence was waiting at a bus stop when he was ambushed by a group of white people and stabbed to death in an unprovoked racist attack. In the days, weeks, and years following the murder, Stephen's family fought tirelessly to make sure the case got the attention it deserved from the press, the British public, and the Metropolitan Police.

Despite suspects being arrested in July 1993, the original investigation failed to convict those responsible, but Doreen and Neville continued to campaign for justice. Their actions eventually led to a public inquiry and the publishing of the Macpherson Report, which revealed the Metropolitan Police to be institutionally racist and brought about changes in UK law and police procedure.

However, it took until 2006 for Stephen's parents to secure the conviction of Gary Dobson and David Norris, two of the people involved in the murder.

"It's important that the next part of the story is told," Neville Lawrence told the BBC, speaking about the new series, which was announced yesterday (July 13). "Particularly ... when, thanks to the Black Lives Matter campaign, concerns around institutional racism are so prominent." He later added: "The recent BLM protests have served to remind people that black men and women continue to be subjected to racially motivated attacks. It was true when Stephen was killed and it still happens. It has always been my view that the most powerful response to racism is non-violent resistance and I am heartened to see people from all backgrounds who have come together peacefully across the country to show they will not tolerate racist attitudes. I hope this new film will further help raise awareness."

Speaking about the new series, Doreen, who was awarded an OBE in 2003 and invited to become a Life Peer in the House of Lords in 2013, said she hoped it was "provide some insight into what we went through and give some hope to others that justice can eventually prevail."

While there have been no announcements about cast or air date, the series will be executive-produced by Paul Greengrass, who wrote and directed the original film. Line of Duty and Bodyguard's creator Jed Mercurio will also be producing the drama. As the BBC notes, Alrick Riley (The Cops, NCIS) will be directing, and father-and-son team Frank and Joe Cottrell-Boyce (24 Hour Party People, Hilary and Jackie) are behind the screenplay.

ITV has also announced they will be re-airing The Murder of Stephen Lawrence on July 16 at 9 p.m. following on from a live discussion programme, Stephen Lawrence: Has Britain Changed?, which will take place at 8 p.m.

More like this
'Bridgerton' Fans Will Love ITV’s 'The Confessions of Frannie Langton'
By Maxine Harrison
'Blue Story' Fans Will Recognise 'The Confessions Of Frannie Langton’s Karla-Simone Spence
By Maxine Harrison
Owen Warner's Net Worth Might Surprise 'I'm A Celeb' Fans
By Sam Ramsden
Our First Look At 'Vardy V Rooney: A Courtroom Drama' Doesn’t Disappoint
By Bustle UK
Get The Very Best Of Bustle/UK