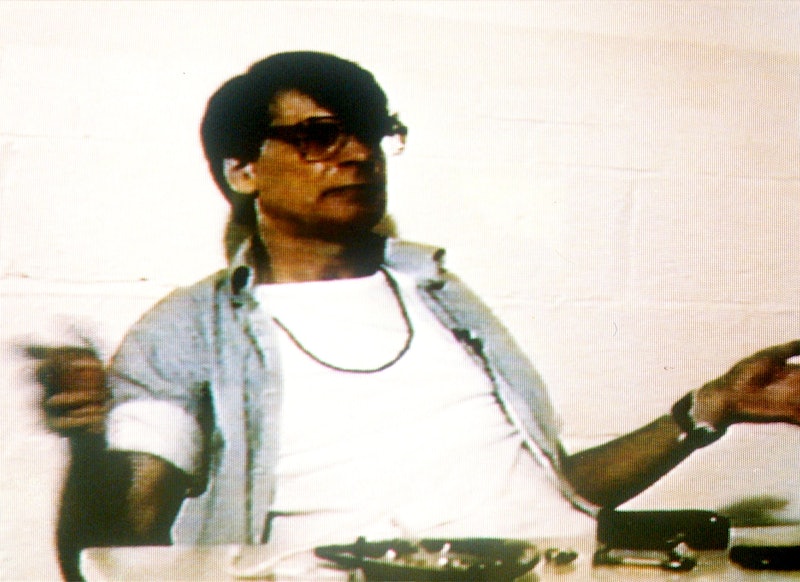 Over the last few years, Netflix has made a name for itself in the crime documentaries genre. And sure enough, the streaming platform is back again with a new feature-length doc on serial killer Dennis Nilsen. Memories of a Murderer: The Nilsen Tapes is the latest addition to Netflix’s true-crime line-up and is set to be a chilling and exposing film.

Dubbed the Muswell Hill Murderer, Nilsen killed 15 men and boys in London between 1978 and 1983. He targeted vulnerable individuals, lured them back to his home, strangled them and hid their bodies under the floorboards of his North London flat.

In a statement about the series, Netflix said: “The truth about how and why he killed has been the subject of much speculation in books and documentaries over the decades since.

“Now, with unique access to a wealth of personal archives left in his cell after his death, this film will take us into Nilsen’s world. From a young boy growing up in a quiet Scottish fishing village to a cold-blooded murderer prowling the streets of London.”

Here’s everything we know about Memories of a Murderer: The Nilsen Tapes.

When Will The Nilsen Tapes Premiere?

Netflix will release the new documentary on August 18, 2021.

What Is The Nilsen Tapes About?

The documentary will give a disturbing insight into Nilsen’s crimes thanks to over 250 hours of never-before-published voice recordings of the killer himself. The Nilsen Tapes will examine the killer’s journey from a quiet upbringing in Scotland to gruesome murderer, all set against the backdrop of 1980s Britain when mass unemployment was high and young men travelled to London looking for a better life, only to find themselves in a very vulnerable position.

A number of police officers, journalists, survivors and members of the victims' families were also interviewed for The Nilsen Tapes to shed light on the impact of his brutal crimes.

Netflix released a chilling trailer for their new documentary on July 26. We hear a number of audio clips from Nilsen during the trailer, including one where he can be heard saying. “I am demonic. I am strong and weak. I am the harbinger of death. I am not a monster, I am a man.”

Memories of a Murderer: The Nilsen Tapes will be released on Netflix on August 18.