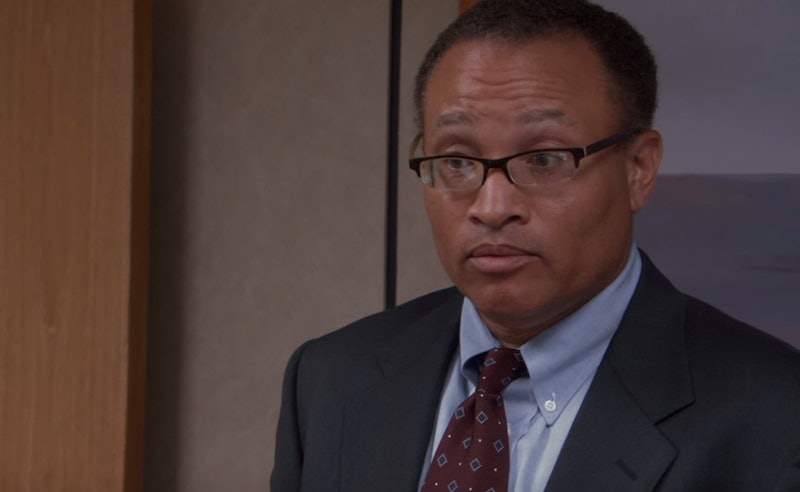 As rewatchable as a show like The Office is, not all of its episodes hold up a decade or so later. In fact, when speaking to reporter earlier this week, Larry Wilmore admitted that The Office's "Diversity Day" episode would never air today, given how politically incorrect so much of the content was. Wilmore also went on to reveal that the outtakes, particularly from his character's scene with Steve Carell's Michael Scott, were even less suitable for television, though he refused to go into detail on the matter.

The subject was broached during a virtual press conference on Monday, Aug. 10 as part of Peacock's Summer 2020 CTAM press tour, according to TheWrap. Wilmore spoke of his brief but memorable appearance on The Office, which aired back in March 2005 and centered around the Dunder Mifflin employees undergoing sensitivity training after Michael performed a highly offensive Chris Rock impersonation. Wilmore's character conducted the training, which was made all the more difficult by Michael's constant interferences.

At the time, many may have found the predicament to be quite comical, but when asked if he thought the content of that episode could be made in today's current political landscape, Wilmore responded with a hard no. "Absolutely not," he told reporters. “There is no way … ‘Diversity Day’ could be produced today, and probably rightly so."

Though, apparently, as offensive as some of the content was, it could've actually been a lot worse. "I have outtakes from that scene with Steve Carell that I can’t even say what they are that were so funny," Wilmore continued. “But you never know, things swing back and forth all the time. The culture is very malleable in that way, the things that we find. It’s not so much the things that we can make fun of, but the things we find we can laugh at, and it’s OK to laugh at."

The episode wasn't the only instance where Michael makes cringeworthy remarks about race and diversity, and some jokes might have fallen out of fashion, but Wilmore still believes that addressing these real-life issues through humor can sometimes be the best way to approach important topics. "I honestly think that the more we can laugh about tough things I just think the better off we are," he added.

The mind reels to think what kind of content could possibly be on those outtakes that he mentioned. But if it involves the early days of Michael Scott, it might be better left unsaid. At least for now.