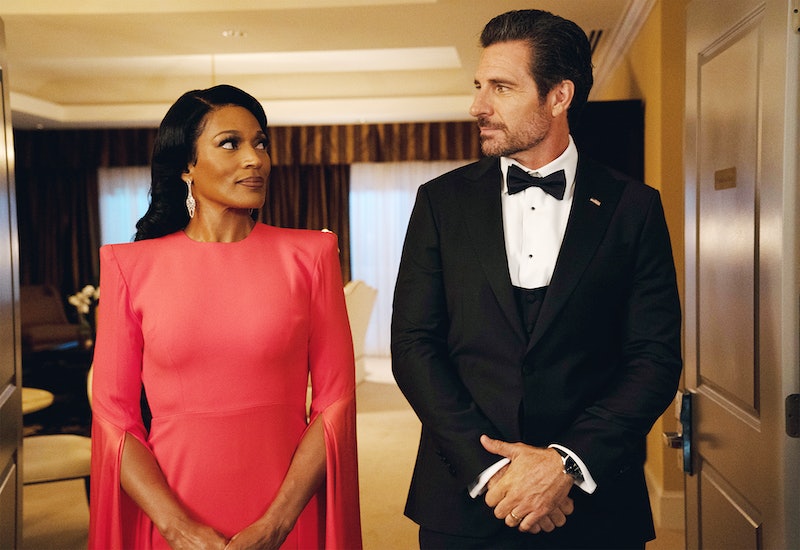 Fans of Tyler Perry's BET series The Oval won't have to wait long for Season 2, because the series plans to return to production in a handful of days. While many television studios have not yet restarted production after the coronavirus pandemic shuttered the industry, Perry's two BET shows The Oval and Sistas are among the first to return to filming. This is partially because Georgia governor Brian Kemp issued guidelines in May to allow filming in his state to pick back up, and The Oval shoots in Atlanta. But the return to production is also possible because Perry has his own stringent safety plans in place.

The Oval star Kron Moore told Entertainment Tonight that Tyler Perry turned his Atlanta-based Tyler Perry Studios into "camp quarantine." She explained, "We will be tested about two weeks prior to ... arriving to campus. And then we'll be tested again and then we'll be quarantined on campus." She added, "Once we're given the all-clear, then we can get to the business of work."

According to Deadline, the full cast and crew will be quarantined at the sprawling studio for the duration of shooting, and the cast will be flown in on Perry's private plane. Sistas started production first on July 15, and The Oval is planning for production to start around July 30. Moore added that while she is a bit apprehensive to begin shooting again, she's ultimately "ready to go back to work."

BET is likely also ready to get more episodes of The Oval in the can, because it was one of the network's highest performing shows, averaging almost a million viewers per episode, per TV Series Finale. The Oval will shoot its 22-episode second season in a little over two weeks, according to another Deadline article. Production will likely wrap in mid to late August, which would put the show on track to air on time in October. So when the first season comes to an end on July 22, take solace in knowing that it likely won't be long before the show will be back on BET for Season 2.