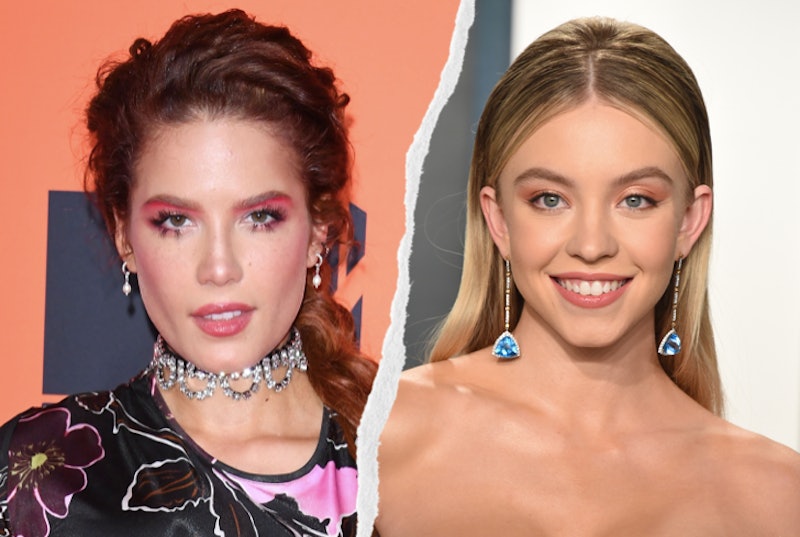 Halsey is trading out her microphone and stepping in front of the camera. In her first major acting debut, Halsey will star in The Player’s Table, a TV series based on Jessica Goodman’s YA novel, They Wish They Were Us. The singer, real name Ashley Nicolette Frangipane, has been tapped to star alongside Euphoria’s Sydney Sweeney in the series that sounds like a combination of Pretty Little Liars and Gossip Girl. Halsey will also serve as producer on the series, which doesn’t have an official network yet.

The series will be set at an exclusive Long Island prep school and follow a high school senior named Jill Newman (Sweeney) as she works to uncover the truth behind her best friend’s murder three years ago. At the time, her best friend’s boyfriend Graham had confessed to the murder, but when Jill begins to receive texts about his innocence, she discovers that not all is as it seems. Soon, she suspects that members of The Players, the school’s not-so-secret secret society, are involved.

Halsey will star as Rachel Calloway, the Graham's older sister and a former member of The Players. She’s described as a “formidable, emotionally troubled” woman who left her wealthy Long Island roots after her brother’s murder conviction, per The Hollywood Reporter. She'll join Jill’s quest for the truth in the hopes of exonerating her brother.

The Player’s Table will be written, directed, and executive produced by Annabelle Attanasio. It comes from Jean-Marc Vallée (Big Little Lies, Sharp Objects) and Nathan Ross’ production company, as well as Sweeney’s newly-launched production banner, Fifty-Fifty Films. And, on top of everything else, the teen series will mark Halsey and Sweeney’s second collaboration together, after the Euphoria actor starred in Halsey’s 2019 music video for “Graveyard.”

Sweeney celebrated the news of The Player’s Table on Twitter and called Halsey a “creative genius.” She tweeted, “can’t think of anyone id rather do this with.” As for whether the new project could mean a possible Sweeney departure from the Zendaya-led HBO drama Euphoria, the answer is: not likely. Sweeney teased the second season of the HBO series — which doesn’t have a premiere date yet in light of COVID-19 — in an interview with E! News back in April.

"You won't even be able to guess what's coming... I couldn't even guess it," she said of the “darker" and “more intense” Season 2. "It's just shocking. I mean, everything with life as a teenager is shocking, so you never know what to expect."