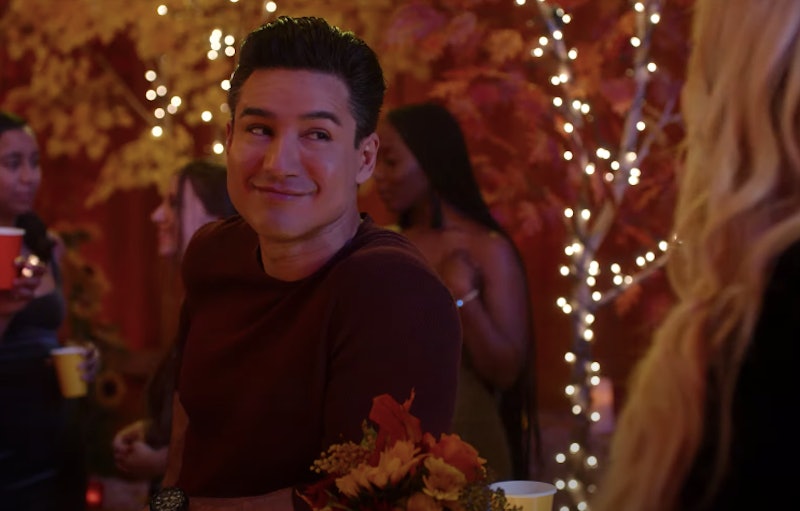 Peacock is giving everyone something to be thankful for this year. On Tuesday, Sept. 29, the streaming platform finally announced when the Saved by the Bell reboot will premiere — and it's so soon! A new teaser video shows a lone peacock (get it?) roaming the empty halls of Bayside High; however, he won't be by himself much longer. Shortly into the clip the classic Saved by the Bell theme song starts playing in the background as the premiere date of Wednesday, Nov. 25, pops up on the screen. So cancel any plans you may have had on the day before Thanksgiving because Zack Morris, A.C. Slater, Jessie Spano, and co. are here to make your '90s nostalgia dreams come true.

It's been 31 years since the original series first made its debut in 1989, and while some of the faces may be familiar, the revival promises to be a unique entity of its own rather than just a carbon copy of its predecessor. “It’s way more current,” Mark-Paul Gosselaar, who plays Zack, told TVLine in March 2020. “Script-wise, these aren’t the scripts we got [31 years ago]."

He went on to give major props to showrunner Tracey Wigfield for providing this refreshing take on the series while still paying homage to the original. “Tracey’s done a really good job of freshening it up, staying true to the characters but also pointing out how absurd some of [the storylines] were [and] having fun with it," he stated at the time. "Her comedy pushes the envelope a little bit, and that light into the new [revival] is much needed.”

As per the official logline, the new series will center around a new batch of students who find their world turned upside down when California governor Zack Morris makes the decision to close several low-income schools in the area. As a result, some of those kids end up finding a new home at Bayside High and will ultimately inject a healthy dose of diversity to the elite and over-privileged student body that currently dominate those hallowed halls.

Production for the series was halted earlier this year due to the ongoing national pandemic; however, it seems as though filming is once again back on track and will allow for fans to get their much-needed Saved by the Bell fix before 2020 comes to a close. And given how terrible this year has been as a whole, this is definitely news worth celebrating.