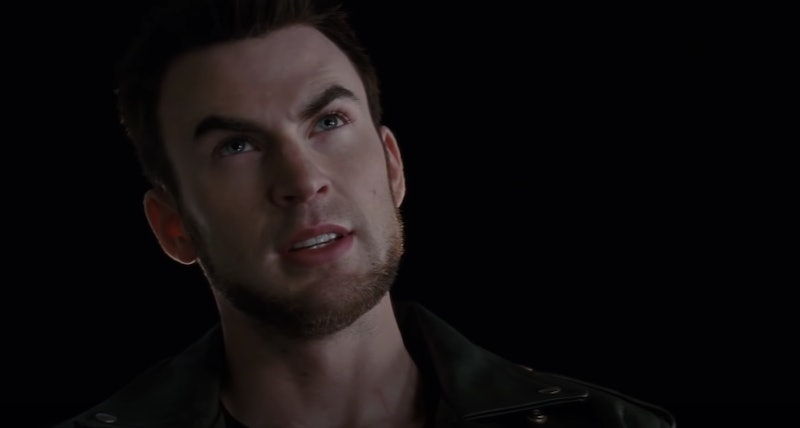 Scott Pilgrim, Ramona Flowers, all of her evil exes — and one very special canine guest — hit the screen once more for a very special table read of the cult favorite movie. The Chris Evans and his dog reunited with the Scott Pilgrim vs. The World casteunited for a virtual table read to celebrate the action-comedy's 10th anniversary. The special event, which was released on Tuesday, July 21, was organized to raise money for the charity Water for People, which works to help bring clean water and sanitation solutions to underserved communities.

"This pandemic has laid bare the huge gaps in critical infrastructure and one of the best ways to prevent the spread of disease isn't available to over three billion people," Allison Pill, who played Kim, explained at the beginning of the clip. "They don't have clean water, so they can't wash their hands, they don't have sanitation solutions so diseases can spread quickly."

The cast — including Michael Cera, Mary Elizabeth Winstead, Anna Kendrick, Aubrey Plaza, Brandan Routh (wearing his original costume) and, of course, Evans — joined director Edgar Wright and Bryan Lee O'Malley, who wrote the Scott Pilgrim comics for a reading that paid homage to the 2010 film with comic book-esque graphics and performances of classic songs from the soundtrack.

Scott Pilgrim vs. The World follows Scott (Cera), an awkward bassist for the band Sex Bob-Omb, who breaks up with his high school girlfriend Knives Chau (Ellen Wong) in order to pursue his colorful haired dream girl, Ramona Flowers (Winstead). However, in order to win her heart, he'll have to defeat the League of Evil Exes — seven of her former partners who are fight Scott in increasingly fantastical ways. Evans played skateboarder turned action star Lucas Lee, one of said exes. And he reprised his role with gusto, despite leaving Zoom call midway through.

"I'm Chris Evans, I'm 24 and I'm reading for the role of Lucas Lee," he joked at the beginning of the table read, before pointing out that Routh (another evil ex) "hasn't aged" in the ten years since filming wrapped. However, it was actually his beloved dog, Dodger, who stole the show when he crashed the live stream in order to climb on Evans' lap and cuddle with the actor.

"The Marvel fan base is rabid, but the Scott Pilgrim fandom is just as dedicated and loyal as any fandom I’ve ever seen," Evans told Entertainment Weekly in a recent oral history of the cult-favorite film. Winstead agreed with Evans' assessment of the movie's lasting impact. "There’s something about Scott Pilgrim that’s not like anything else, and a lot of people are looking for that," she explained. "They feel they’re not like anybody else or they feel their tastes don’t really line up with what is being made right now. You see that movie and you think, Oh God, this speaks to me; this is what I’ve been looking for!" And, based on his adorably loving reaction, it looks like Dodger is just as big a fan as the rest of us.

More like this
The 'Hocus Pocus' Sequel Finally Has A Release Date & It Makes Total Sense
By Shannon Barbour and Radhika Menon
Elizabeth Olsen's Chris Evans Friendship Update Was Accidentally Hilarious
By Grace Wehniainen
Everything To Know About Marvel’s 'Thor: Love And Thunder'
By Grace Wehniainen
Shocked Fans & Former Co-Stars React To Ray Liotta’s Death At 67
By Grace Wehniainen
Get Even More From Bustle — Sign Up For The Newsletter