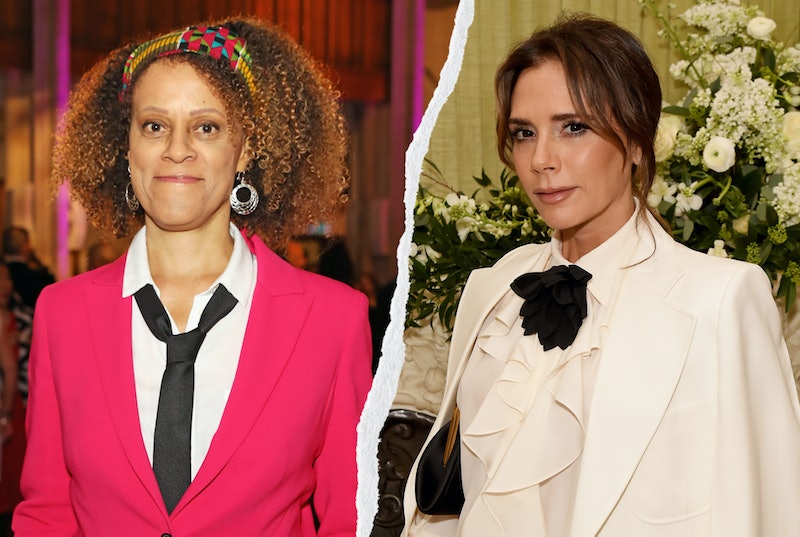 October 1 marks the start of Black History Month in the UK, and you may have already noticed one of the major ways its being celebrated on Instagram with the #ShareTheMicUK campaign. For one day, more than 70 white celebrities will be handing the reigns of their Insta handles to Black women to magnify their voices, encourage important conversations, and celebrate their lives and achievements.

Founded by the chief marketing officer at Netflix Bozoma Saint John, author and podcast host Luvvie Ajayi Jones, author and founder of Together Rising Glennon Doyle, and CEO and creative director of Alice + Olivia Stacey Bendet Eisner, the campaign began in the U.S. in June with the aim to forge "essential relationships and [promote] anti-racism activism across multiple industries," Vogue reports.

How Will #ShareTheMic Work In The UK?

The UK campaign will follow a similar format to the States, led by publishing director of British Vogue Vanessa Kingori and CCO of Farfetch and chair of the British Fashion Council Stephanie Phair. A few stateside celebrities are taking part again including Kourtney Kardashian (@kourtneykardash), Gwyneth Paltrow (@gwynethpaltrow), and Stacey Bendet (@aliceandolivia), who will be amplifying the voices of British black women this time around.

"I was so inspired by the #ShareTheMicNow project which ran in the US, and seeing women share their stories and their platforms in such an active way," Phair said in British Vogue. "I'm so happy alongside Vanessa to bring this to a new audience here in the UK. Storytelling, sharing opportunities and creating personal relationships will be a powerful tool as we work towards a better future."

Who Is Taking Part In The #ShareTheMicUK Campaign?

Below are just some of the women taking part in the #ShareTheMicUK campaign: