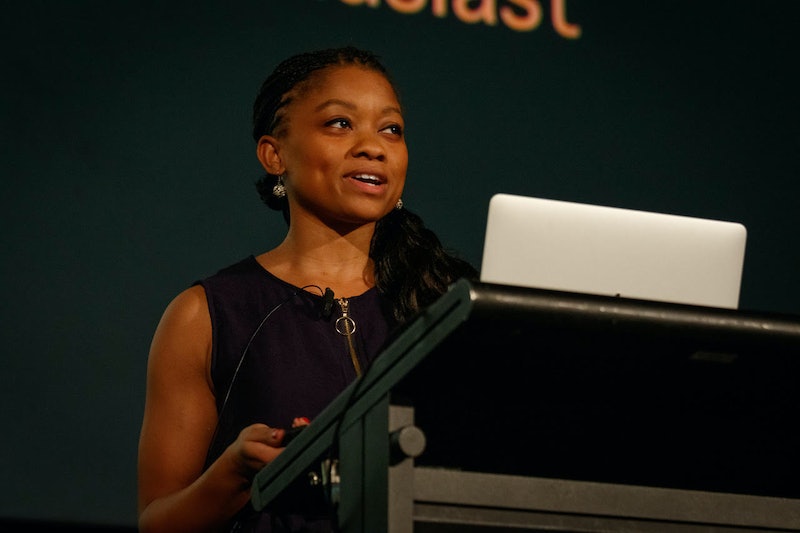 If you’ve spent any amount of time discussing books on the internet, chances are you’ve done so on Goodreads. The Amazon-owned platform remains the stalwart in the space, with over 90 million users. But a two-and-a-half-year-old upstart out of the United Kingdom called The StoryGraph is quickly gaining a cult following — and its founder Nadia Odunayo believes she’s created a platform that finally puts readers first.

After studying at Oxford University, Odunayo dove headfirst into the world of software engineering. But when a startup job in the U.S. fell through in early 2019, she decided to take a break from the 9-to-5 grind and tinker with a few ideas she had put on the back-burner. Among them was an early version of The StoryGraph, a reading list app Odunayo had designed as a supplement to her Goodreads account. She knew firsthand about the issues with existing book cataloguing sites: their shoddy algorithms filled with advertiser-driven book recommendations, the lack of space to build communities, and the strange user experience quirks, like Goodreads’ refusal to allow half-stars in book ratings. She and the many readers she interviewed were still searching for a service that could provide two key things: quality personalized book recommendations, and the ability to filter books by mood (think “emotional,” “adventurous,” or “sad”). Odunayo believed she could build a platform that offers both.

“I finally felt alive as a developer,” she says of the early days working on The StoryGraph. Odunayo describes her platform as the best place for readers to find books based on their feelings, as well as any topics or themes that they’re interested in. She pitches it like this: “What if you could build the ultimate friend? They get you and your mood on any given day but also all of the books in the world.” With over 322,000 users and counting amassed over two and a half years, it seems Odunayo is onto something.

It’s easy to see what draws readers to the platform. The StoryGraph offers many features that bookworms have long requested of other sites — like an in-depth data panel with information about a user’s reading habits, the ability to check out a book’s mood or pacing, and customizable reading goals. Devotees also love the dedicated content warnings section, which helps people skip materials they may find triggering.

The business model is also about putting users first. To avoid being beholden to advertisers, who are liable to request changes in book recommendations and product options, Odunayo opted for a subscriber model. She was nervous about adding a paid tier, but says that many readers like the idea of paying a monthly fee to support an up-and-coming business, particularly one working to upend the book recommendation space.

“I still have doubts of, ‘Is it different enough? Is it going to survive?’ You see companies all the time that come along and go big and disappear,” she says. Still, she believes her product has staying power — and The StoryGraph is definitely in growth mode. In addition to its subscription tier, the site also recently launched its app on the Google Play and Apple Stores. Odunayo, at least, is in it for the long haul. “I want to continue to be a customer-driven business,” she says ofher platform. “[I want] The StoryGraph to be everything.”