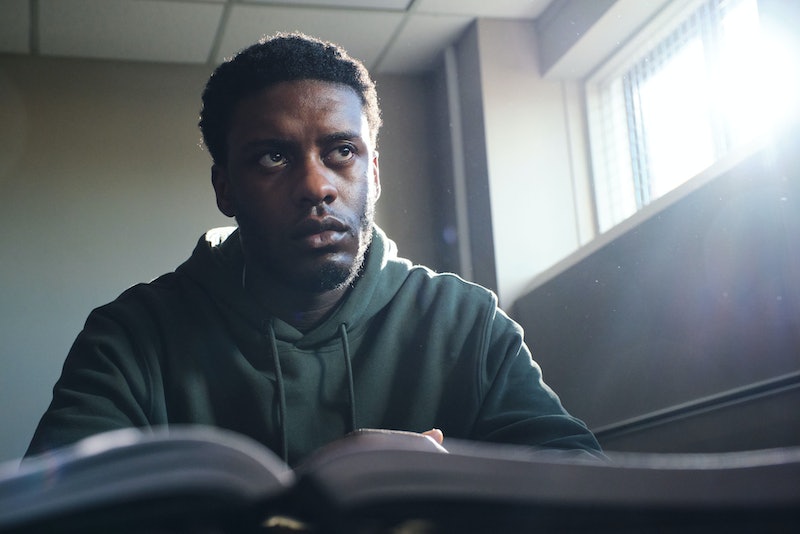 When someone is put on trial for murder, there’s a certain way you expect proceedings to go. Perhaps a showdown between prosecutor and defence lawyer, damning evidence, and a verdict — guilty or not guilty. Well, forget everything you thought you knew because BBC series You Don’t Know Me, is here to rewrite the narrative.

Set to air on BBC One on December 5 and weekly after that, the series is based on the 2017 Imran Mahmood novel of the same name. The BBC series, adapted by Vigil’s Tom Edge, stars Samuel Adewunmi in his biggest role yet.

With the scene set, plunge yourself into the courtroom as we explore how the book ends.

The reader is dropped straight into the proceedings of a court case, in which a young Black man (Hero) from South London is charged with murder. As the trial comes to an end, the novel’s first twist sees him sack his lawyer and take to the stand to defend himself by giving his own closing speech.

The novel’s entire story is told through this single speech. In a bid to tell his truth about the murder, he tackles eight pieces of evidence one by one. The reader is swept up into his point of view as he explains the events leading up to that fateful night.

Enter Kyra, the love of Her’s life. As the defendant grows closer to her, he becomes engulfed in the complicated web of Kyra’s life and when her brother gets involved in a local gang, things spiral out of control quickly. Attempting to save her brother from the mess he’s involved in, and by extension his life, Krya gives herself up to the gang.

Blinded by his devotion for her, the defendant sees no other way but to enter the fray himself to help both brother and sister. As the situation escalates, a face-off ensues between opposing forces, that leaves a man shot dead and, you guessed it, our defendant with a gun in his hands. A situation he claims he was set up to take the fall for.