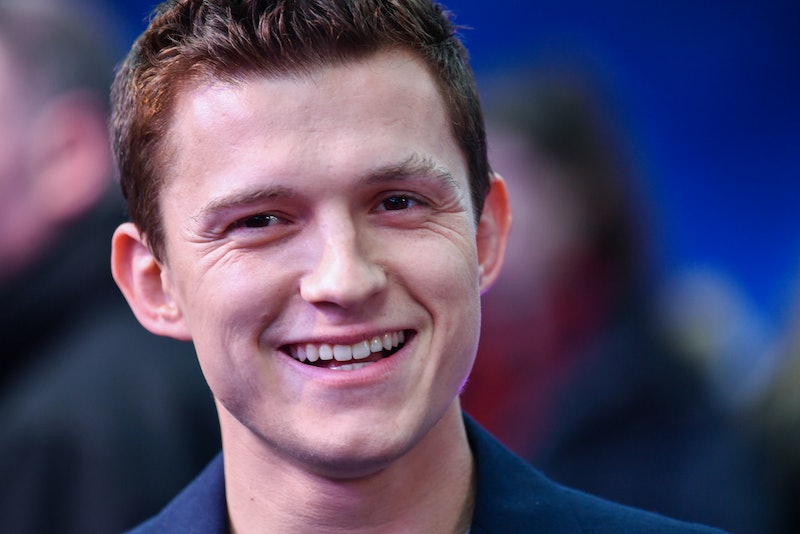 Tom Holland apparently has a virtual doppelgänger, and he's about to play him in one of his next films. The Spider-Man star revealed first look photos for his new movie Uncharted, and fans seem to think he's nearly identical to Nathan Drake, the protagonist of the video game series that inspired the upcoming flick. Posting a photo of himself on set, Holland introduced his newest character to the world via Twitter. "It's nice to meet you, I'm Nate," he wrote.

Uncharted is based on the popular PlayStation video game series of the same name, which launched in 2007 and has produced several sequels. Holland portrays a younger version of the game's protagonist, a treasure hunter who claims to be an heir of Sir Francis Drake, a British sailor who was purported to be one of the first people to circumvent the entire world back in the 1500s.

Nolan North was the actor who voiced Drake in the game, and even he is impressed by how much Holland resembles his animated character. "Like looking into a mirror!" North remarked on Twitter, sharing photos of him visiting the actor on set. "Proud to have @TomHolland1996 continuing the Drake legacy! Absolutely smashing it!"

Of course, nobody was as impressed as Holland's loyal fanbase — and even players of the original video game couldn't deny the similarities.

Uncharted is now in production in Valencia, Spain, after filming was temporarily halted due to the COVID-19 pandemic. According to The Hollywood Reporter, the film adaptation has been in the works for over a decade, with actors including Mark Wahlberg previously linked to the role of Drake. Wahlberg will play Drake's mentor Sully instead, and he'll join a cast that also includes Antonio Banderas, Tati Gabrielle, and Sophia Ali. Uncharted is currently scheduled to be released in July 2021.