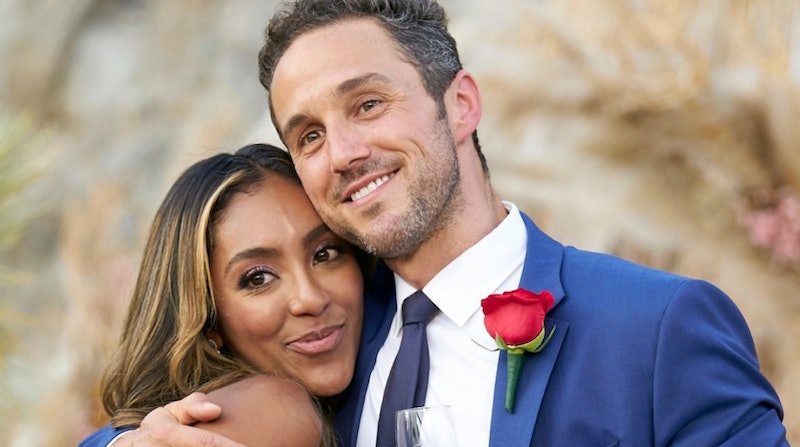 Following their tear-filled engagement on the Season 16 finale of The Bachelorette, Tayshia Adams has revealed the moment she knew Zac was the one: on their hometown date in pretend-NYC. “He was just so thoughtful and kind and loving that day. I really did start to see a life with him in New York,” Tayshia told Elite Daily.

The date was filled with New York staples including a pop-up bagel stand, a lit-up cityscape and, of course, a huge wooden taxi that they pretended to hail. Tayshia and Zac giggled and smooched their way around fake NYC, enjoying a slice of pizza together while talking about their future.

"We felt it pretty early on," she said in an interview with Entertainment Tonight. "But at the same time, I feel like we were both hesitant to acknowledge it, just because it's like, 'Hold on a second, this is happening way too fast. Are we really like, is this real? Is it just the situation?' And I think it was during his hometown date that we were just like, 'It's undeniable. It was just screaming at us at that point."

Though the finale came down to Zac, Ivan Hall, and Ben Smith, Tayshia had her heart set. "I think Ben [Smith] is an amazing man, but [Zac] checked off boxes that I'm looking for, and then some," she said on the Bachelor Happy Hour podcast. "Things that I didn't even know that I wanted and when I was with him, I was like, I want that." It may not have been clear to her in the beginning, but after talking to her parents, Tayshia knew Zac could "balance [her] out in the ways [she has] been looking for.""

As for the future? The couple plans to live bicoastal for a little while, splitting time between Tayshia's place in Orange County, California and Zac's home in New York. Hopefully they'll have the chance to recreate their hometown date for real!