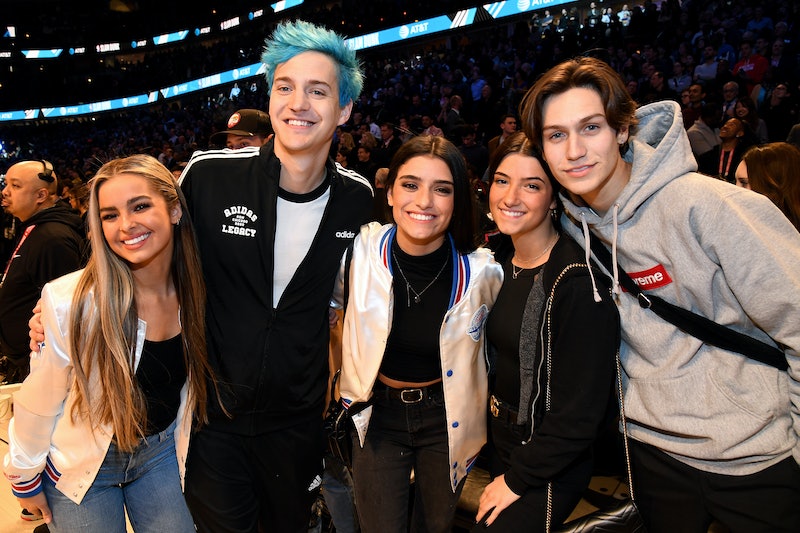 Donald Trump may be threatening to ban TikTok in the U.S., but even if the app dies, TikTok stars will live on forever — on reality television. TikTok's Hype House is reportedly moving to reality TV with The Hype Life. The docuseries doesn't have a network yet, but Deadline reported that it will follow members of the creative collaborative as they create new content, initiate new members, and, yes, go through the drama that inevitably comes with living in a house with 20 other people.

Hype House founders Chase Hudson and Thomas Petrou will reportedly star in the show, though the rest of the cast is a bit harder to pin down, since Hype House membership has been known to change. TikTok stars Charli D'Amelio and Dixie D'Amelio recently left Hype House to focus on their own endeavors, and with the ever changing internet landscape, it's impossible to tell who will actually be in the house by the time the show airs (or films — it's unclear if The Hype Life is currently in production). For now, though, Hype House creators include Nick Austin, Mia Hayward, Angel Herrera, Ondreaz Lopez, Kouvr Annon, Ryland Storms, and more. And Hype House has promised the show will be an "all access look," taking fans behind-the-scenes and into the controversial realities of young viral stardom.

Fans can expect The Hype Life to be full of drama and controversy, just like the collective itself. In March, Hype House founder Daisy Keech left the group, later accusing Hudson and Petrou of essentially cutting her out, taking credit for founding the house in various media interviews and growing increasingly secretive about business deals made on behalf of the house. According to Forbes, Keech is currently suing her co-founders, while also starting her own rival content production house, Clubhouse.

The Hype Life is also sure to feature its fair share of traditional relationship drama. Relationships in the house are infamous — keep an eye out for Petrou and Hayward' cuteness — and can get messy — see: Charli D'Amelio and Hudson's recent breakup.

And, if Hype House isn't your thing — we'd understand if you're more of a Sway House kind of person — keep in mind that The Hype Life is rumored to be just the first of many TikTok-inspired reality shows.

More like this
Everything To Know About 'The Real Housewives Ultimate Girls Trip' Season 4
By Jake Viswanath
Andy Cohen Apologized To Larsa Pippen After A 'RHOM' Season 5 Reunion Dust-Up
By Brad Witter
'Bachelorette' Vet Clare Crawley Unveiled 2 Special Wedding Day Accessories
By Stephanie Topacio Long
Joey Essex Is Rumoured To Be Dating A 'Love Island' Favourite
By Sam Ramsden
Get Even More From Bustle — Sign Up For The Newsletter
From hair trends to relationship advice, our daily newsletter has everything you need to sound like a person who’s on TikTok, even if you aren’t.