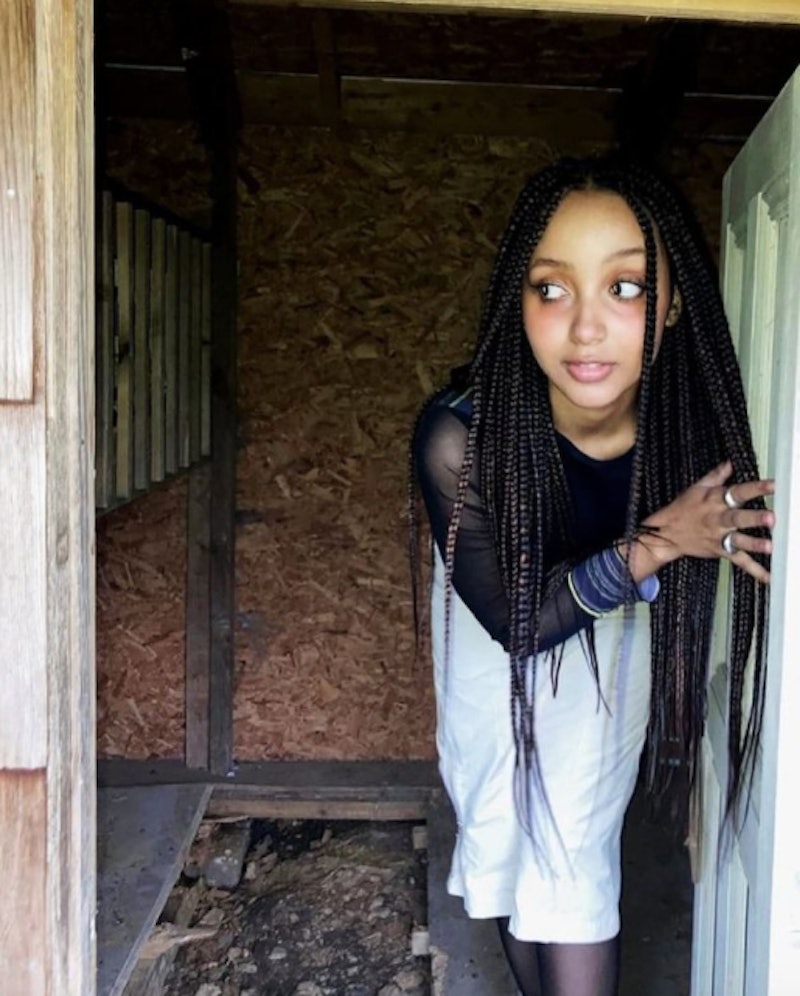 By now it’s undeniable that TikTok has a huge influence over the music we listen to. Major hits like Olivia Rodrigo’s “Drivers License”, Megan Thee Stallion’s “Savage”, and and Harry Style’s “Watermelon Sugar” all climbed the charts in large part thanks to their popularity on the platform. The latest artist to take TikTok by storm is the illusive PinkPantheress, whose track “Just For Me” has been featured in more than a million videos. But who is the person behind the account? And what else do we know about her?

Per i-D, the 20-year-old TikTok star was born in Bath. Preferring not to disclose her real name, she is known online as PinkPantheress — a name taken from something she heard while watching British gameshow The Chase. It was the answer one contestant gave after being asked, “What is a female panther called?”

Inspired by artists like Lily Allen, Just Jack, Imogen Heap, and My Chemical Romance, as well as the K-Pop genre, the PinkPantheress describes her music as “new nostalgic.” Many of the her most popular tracks were recorded during the early hours of the morning in her London university halls, including “Break It Off” – another huge viral hit.

Speaking to the BBC, the performer revealed how she utilises TikTok to test out new material, sharing cuts of her latest music to her 1.1 million followers. “I post a snippet of something, and if people like it I'll go and record a full version... The algorithm is crazy on TikTok, you can post a video and you can have zero followers and it can do well.”

However, unlike most TikTok stars, PinkPantheress is happy to remain anonymous. She opened up about her decision to keep much of her identity away from social media, which she describes as being a “very crowded place.”

“I don't feel like I need to overshare and I do really respect my own privacy,” she told the BBC. “I don't like the idea of as well as my music being on TikTok and doing its thing on there, my face being thrust in people's faces as well.”

And her music is popular on other platforms, too, with her track “Just For Me” earning a massive 10 million streams on Spotify in a single week.

PinkPantheress was also named the winner of BBC Music’s Sound of 2022. This coveted title has in the past predicted the success of Adele, Stormzy, and George Ezra, to name a few, and PinkPantheress was chosen as this year’s winner by a panel of impartial music industry experts from around the world.

“I am so happy to be chosen for the bbc sound of 2022, to be put up against such amazing musicians has been an honour and i just hope that i fulfill the people’s expectations of me this year,” PinkPantheress said of her win.

So, it’s likely we’ll be hearing a lot more of Pinkpantheress in the near future – watch this space.

This article was originally published on Aug. 26, 2021