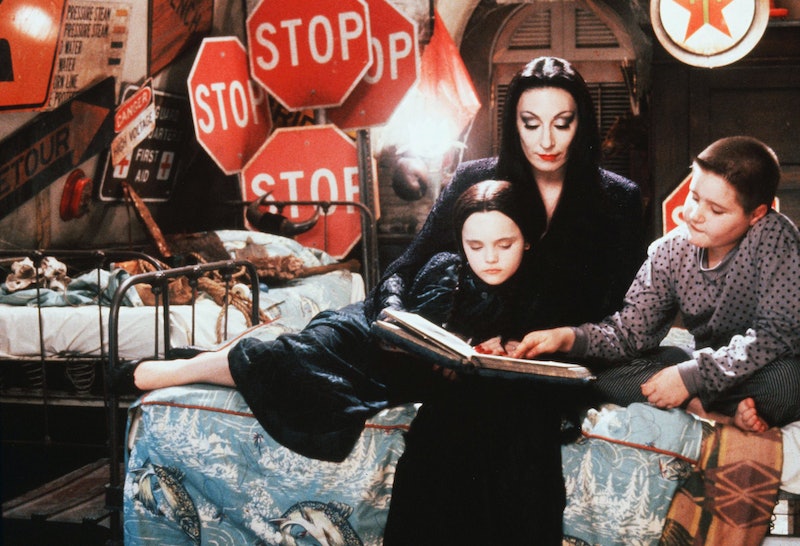 It's safe to say Tim Burton has mastered the gothic fantasy genre. From live-action films such as the 1988 Beetlejuice and 1990’s Edward Scissorhands to animations such as Frankenweenie and Corpse Bride, anything the producer and director puts his hand to has a decidedly Burton-esque feel – visual distortion, looming architectural shapes, and an overall sense of heightened reality. Who better, then, to direct a reboot of the iconic Addams Family than Tim Burton himself?

The famed director and producer has reportedly setting his sights on a reboot ofThe Addams Family. Centred on the famous family, the project would mark Burton’s first major live-action TV series. Sources tell Deadline that Burton is looking to executive-produce and direct all episodes of the franchise, with negotiations currently underway with MGM Television which has financed the development of the series so far.

The show will reportedly be written by Smallville developers and executive producers Alfred Gough and Miles Millar, who will also serve as showrunners as well as exec producers along with Burton. Given Burton's frequent collaborations with some of the best performers in the world, I can't wait to see the casting, too. Will Burton bring big-name connections to the small scree? Helena Bonham-Carter as Morticia? Johnny Depp as Gomez? Timothy Spall as Uncle Fester? The possibilities are endless.

The Addams Family tale started back in 1938, when the fictional household was brought to life by American cartoonist Charles Addams. It has had a number of big- and small- screen adaptations over the years, including the early 90s film franchise starring Raul Julia, Anjelica Huston and Christina Ricci, and more recently the Charlize Theron and Oscar Isaac voiced animated film from MGM with the sequel dropping in 2021.

Sources suggest that the latest iteration would be set in current day, and be told from the perspective of the family’s teenage daughter Wednesday Addams, played by Christina Ricci in the 1990s film franchise.

Whilst details about the show’s production and timeline are tightly under wraps, sources suggest that there is already a network bidding war on the future TV show, with Netflix top of the list, reports Deadline. With a set up this good, I doubt it will struggle to find a home.