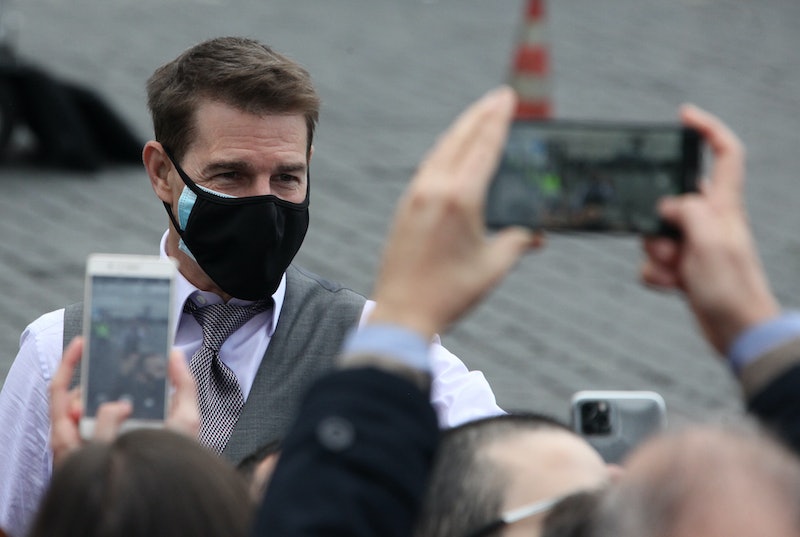 Footage of Tom Cruise reprimanding crew members on the set of the new Mission Impossible film has been published. On Tuesday, Dec. 15, The Sun released an audio recording of Tom Cruise threatening to fire members of his team if they continued to break social-distancing rules.

According to the tabloid, two members of the crew were standing close to one another while filming in London. The Hollywood superstar didn't hold back when he admonished the team with an expletive-filled outburst.

"If I see you doing it again, you’re f***ing gone" he yelled in the three-minute clip.

Cruise, who has been granted access to film his multi-million-pound movie during the pandemic, warned that rule-breaking could further impact the struggling film industry.

"I’m on the phone with every f*cking studio at night, insurance companies, producers, and they’re looking at us and using us to make their movies," Cruise shouted. "Do you understand the responsibility that you have? Because I will deal with your reason. And if you can’t be reasonable and I can’t deal with your logic, you’re fired."

A clearly frustrated Cruise reminded the crew that they were "creating thousands of jobs" in the film industry which has been greatly impacted by the coronavirus.

"We want the gold standard. They’re back there in Hollywood making movies right now because of us! Because they believe in us and what we’re doing," he said in the clip.

"If we shut down it’s going to cost people f***ing jobs, their home, their family. That’s what’s happening," he said.

The Mission Impossible 7 film has suffered a number of setbacks this year due to pandemic. Filming resumed across Europe in September after they were forced to abandon the production earlier this year. However, back in October, filming was halted again after multiple members of the crew tested positive for the virus.

Cruise and his team are currently filming in London, following locations in Italy and Norway. Per Reuters, Cruise had "personally appealed" to Norway's prime minister to shoot parts of the film in the country in line with their COVID rules.

The latest film in the Mission Impossible franchise is due to be released in November 2021.

More like this
Here’s Everything You Need To Know About Operation London Bridge
By Bustle UK
Oprah Winfrey Revealed Her Hopes For Prince Harry & The Royal Family
By Maxine Harrison
10 Photos Of William, Harry, & Their Cousins Honoring The Queen Together
By Stephanie Topacio Long
William & Kate Shared How Their Kids Are Doing As They Mourn The Queen
By Stephanie Topacio Long
Get The Very Best Of Bustle/UK