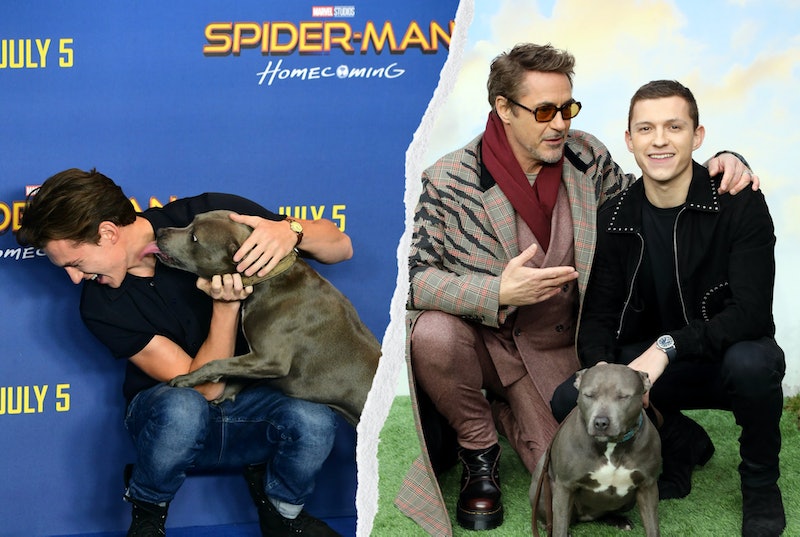 For most people, there are few things in this world more adorable than Tom Holland — but one of those things are dogs, including the actor’s own pooch. The 24-year-old Spider-Man star has been the proud owner of a blue Staffordshire Bull Terrier named Tessa for nearly seven years now, and because he is a giving human, he shares regular pictures of his good girl on Instagram. Now, fans are just as obsessed, if not more, with Tessa as they are with the Marvel star.

Holland hasn’t kept his affinity for dogs a secret. Since introducing her to the world in 2014, Tessa has been there every step of his career, before he became Spider-Man, and has even supported her owner from afar while he was away filming. But he more than makes up for it when he’s home, even bringing her to red carpet events for his films like Spider-Man: Homecoming and Dolittle. They even FaceTime each other.

“I love her. She is an angel,” he gushed to TIME in a 2017 interview. “Staffies are considered to be very dangerous dogs, which is not true, is not the case. They are not aggressive. She is the sweetest, most angelic thing you’ll ever meet.” Indeed, these photos of Holland and Tessa throughout the years prove that she needs to be protected at all costs.

More like this
Photos Of The 'Elvis' Cast vs. Their IRL Counterparts Will Have You All Shook Up
By Grace Wehniainen
Jurnee Smollett’s Heart Is Healing
By Rebecca Carroll
Kimberly J. Brown & Daniel Kountz Looked Back On Their ‘Halloweentown’ Romance
By Stephanie Topacio Long
All The Sneaky Lindsay Lohan Movie Easter Eggs In Her New Ad, Explained
By Stephanie Topacio Long
Get Even More From Bustle — Sign Up For The Newsletter