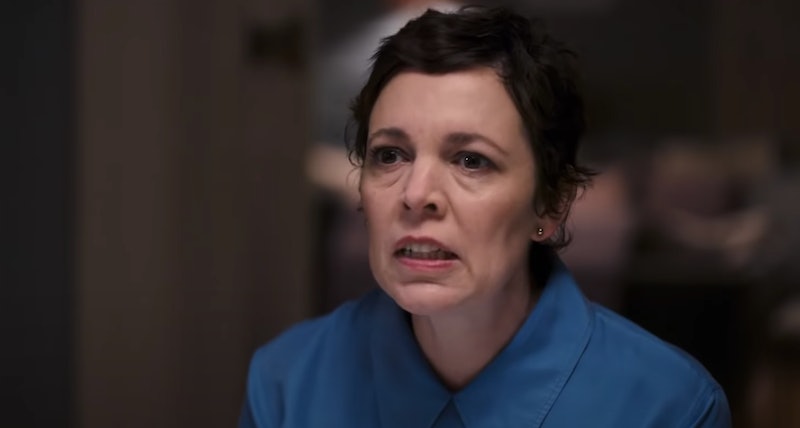 Although there's a bit of a wait until it hits UK cinemas, the first trailer for Olivia Colman's film The Father has been released. Co-written and directed by Florian Zeller, it's based on Zeller's French play Le Père. Stylist reports that the film adaptation is likely to be as lauded as the play, which won the prestigious Molière award.

The story is about Anthony Hopkins' character (also named Anthony), who is struggling with the ageing process and having to move in with his daughter Anne, played by Olivia Colman. It's an account of navigating a man's quickly diminishing mental state and inability to care for himself, which becomes particularly evident when Anne decides to move to Paris with her partner.

The trailer shows Anthony losing his independence and the terrifying and ever increasing confusion from his perspective. Head strong and confident, Anthony's trust in those around him, what's real, and his own mind sadly slips away.

Screen Daily's Tim Grierson describes it as, "a profound exploration of how we say goodbye to someone dear to us — even though they have not yet really gone." Benjamin Lee of the Guardian described the film as the scariest film of the year. He adds however, "it’s not even a scary movie in any traditional sense. It’s a film about the bone-chilling horror of living with dementia and it’ll haunt me for weeks."

The Father has been received well thus far with media outlets including Variety, the Guardian, and Empire already mentioning Oscar buzz when discussing its premiere at the 2020 Sundance Film Festival earlier this year.