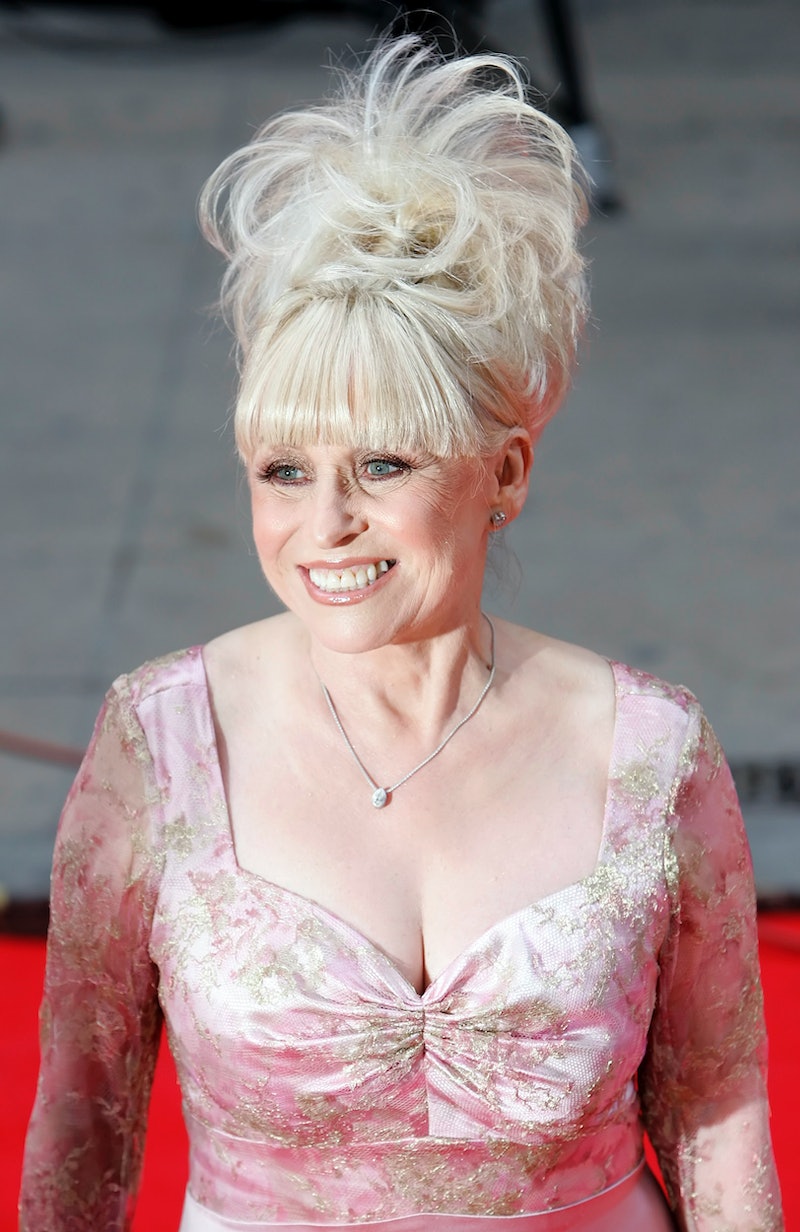 Tributes have been pouring in for Dame Barbara Windsor who has passed away aged 83.

Windsor died aged 83 from Alzheimer's on Thursday (Dec.10) evening, said her husband Scott Mitchell. The actress, best known for her roles in EastEnders and the Carry On films, had been diagnosed with the disease in 2014 and had moved to a care home earlier this year. Mitchell said that his wife passed away “peacefully” at the London care home on Thursday evening.

Fellow Eastenders cast mates have been sharing their memories with Windsor. Patsy Palmer (who played Bianca Jackson in the soap) said the cast are "like a family," adding: “I’m extremely sad to hear that my friend Dame Barbara Windsor has passed away. I’m sitting here thinking of the 100s of memories we shared,” she said. “Too many to comprehend. We were like family for a long time, ups, downs, ins and outs but you will never meet a more professional actress than Babs.”

Danny Dyer, who played Mick Carter, a new landlord of The Queen Victoria pub that Windsor’s character managed in her time, posted on Instagram that Dame Barbara was the “only one Dame” in his eyes. “So grateful to have known ya. You was a beautiful rare one,” he wrote.

Appearing on Good Morning Britain to pay tribute to his on-screen wife, Larry Lamb recalled his first ever meeting with Windsor. "She just said to me, 'Oh, you're so tall. But we're all the same size when we're on our backs, aren't we?!'"

Elsewhere, TV presenter Jonathan Ross tweeted: “Barbara Windsor in real life was everything you might have hoped for. So warm, so funny, so kind. Goodnight sweetheart x BarbaraWindsor” and veteran broadcaster Tony Blackburn said: “So sorry to hear Barbara Windsor has passed away, a lovely lady who was always such fun. R.I.P. Babs.”

Prince Charles – who Windsor once described as having “lots of sex appeal and a great sense of humour” – also expressed his condolences on the Clarence House Twitter account, sharing three images of Dame Barbara alongside a personal message which reads: “Dame Barbara Windsor - a great British actor and tireless charity campaigner who will be deeply missed.”

Phillip Schofield called the actress “gorgeous”, and added that “showbiz lost a lot of sparkle today,” while Culture Secretary Oliver Dowden told BBC Breakfast that he “grew up watching Carry On films,” and that he could say confidently that Dame Barbara was “the greatest landlady Albert Square ever saw”.

David Walliams told BBC Radio 4's World at One: “I grew up watching Carry On films on television, for a lot of boys my age it was like a first crush because she was one of the first beautiful, funny dazzling women you ever saw.” The comedian and TV presenter also took to Twitter to share a picture of Windsor in Carry On Doctor, writing “This is the moment I fell in love for the very first time.” “I sat on the sofa blushing as red as a tomato as I had never seen anyone as beautiful, funny or adorable as #BarbaraWindsor and I still never have,” he added.

Singer Aled Jones described her as a “true national treasure,” and comedian Matt Lucas said “it’s not an overstatement to say I think the whole country is in mourning today” whilst praising the actress for working “tirelessly” for charity “even when her own health was failing her." He also tweeted a video of Windsor singing Lionel Bart's "Fings Ain't Wot They Used T'Be" with the capture "How I love her."

After her dementia diagnosis in 2014, Dame Barbara became an ambassador for the Alzheimer's Society and met Prime Minister Boris Johnson to raise awareness about the disease.

The Alzheimer's Society said it was “incredibly grateful” to Dame Barbara and her husband for their work bringing awareness to the disease. “Dame Barbara Windsor was an amazingly true, much-loved national treasure, and in speaking out about her experiences shone like a beacon for others affected by dementia,” the charity wrote in a statement. “It was not the ending that Barbara or anyone else living with this very cruel disease deserves,” her husband added. “I will always be immensely proud of Barbara’s courage, dignity and generosity dealing with her own illness and still trying to help others by raising awareness for as long as she could.”