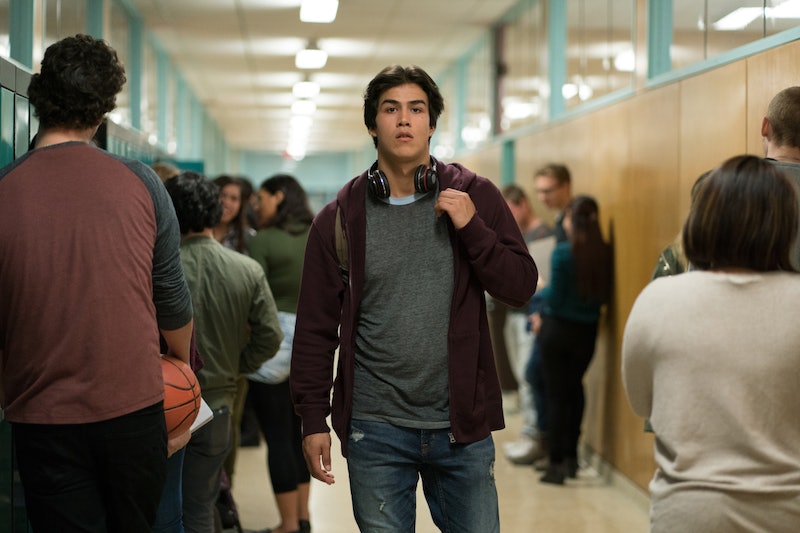 To fill some air time before more of its original shows return later this month, The CW has pulled over a Canadian show called Trickster. The series already aired last fall on CBC, but now American viewers will get a chance to meet protagonist Jared (Joel Oulette). He's a burnout drug dealer with a dysfunctional family who begins having terrifying magical hallucinations that have nothing to do with the drugs. The CW is a good home for it, since it has some Riverdale vibes with the dysfunctional parents and supernatural elements. The Trickster series is based on the book trilogy by Eden Robinson, with Season 1 centering around the events of the first novel, Son of a Trickster.

According to CBC news, Robinson started the story in 2008, although it would take until 2017 for it to get published. She initially thought it would be a 10-page short story, it soon evolved into a lengthy three-book series. The second book, Trickster Drift, came out in 2018, and followed Jared's story as he attempted to get sober to ward off the magic that seemed to be so attracted to him. CBC has already renewedTrickster for a second season that's expected to follow the events of the second book. If the show continues to do well, especially if it finds an American audience on The CW, it could expand into a third season to cover the events of the final novel.

Return of the Trickster is due out in March 2021, with Robinson having completed her drafts at home during the coronavirus pandemic. She told CBC news she had to isolate at one point after a possible COVID exposure and it started to affect the material. "The first draft of Return of the Trickster was so sweet, and everyone had a happy ending," the author said. Then the quarantine came. "In the second draft, everyone died. And my editor asked me if I could go back and not kill everybody."

Readers will have to wait until March to see who lives and dies in the book, but until then, they can watch the story come to life in the Trickster TV show, now airing Tuesdays on The CW.

More like this
Netflix Shut Down 'Bridgerton' S3 Rumours About A “Very Dark” Storyline
By Bustle
Everything To Know About The 'Daisy Jones & The Six' TV Series
By Maxine Harrison and Brad Witter
'Stranger Things' Finn Wolfhard Is “Proud” Of Noah Schnapp For Coming Out
By Sophie McEvoy
Ozzie’s Coming Out Scene With Kitty On 'That ’90s Show' Has Twitter Sobbing
By Brad Witter
Get Even More From Bustle — Sign Up For The Newsletter
From hair trends to relationship advice, our daily newsletter has everything you need to sound like a person who’s on TikTok, even if you aren’t.