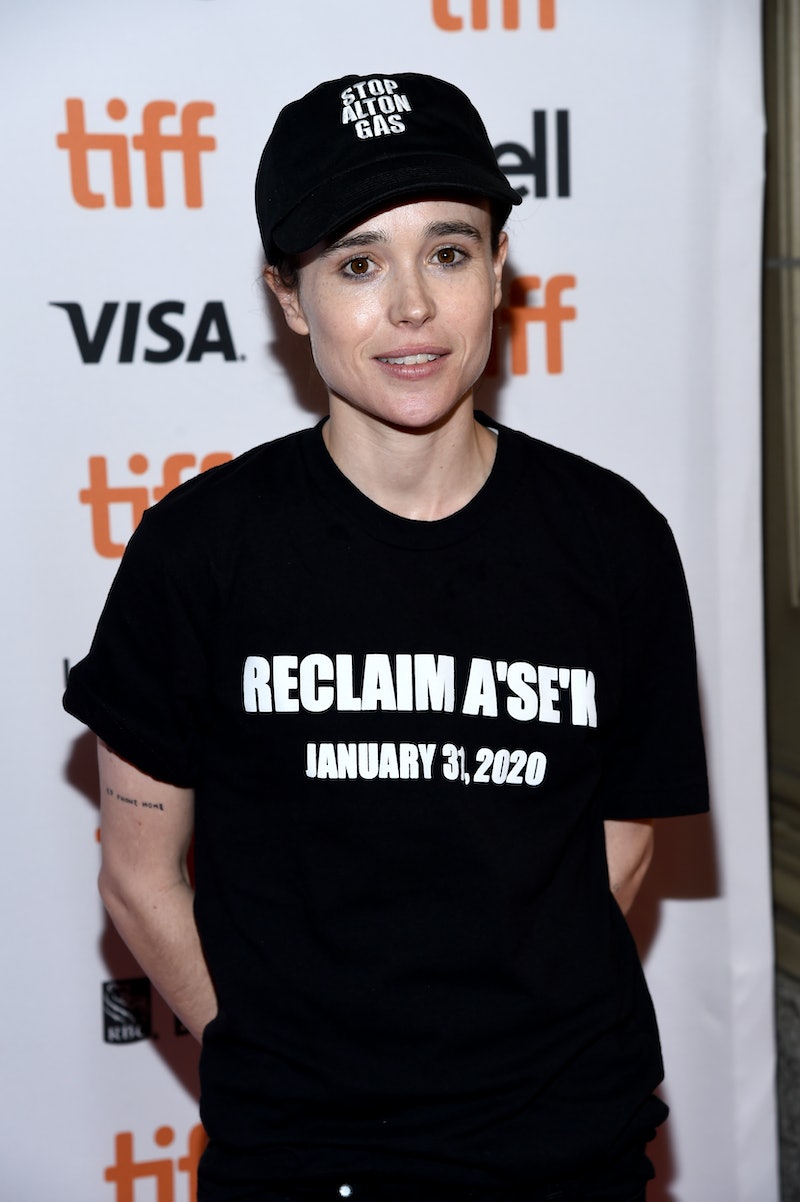 Actor Elliot Page is now living life as his true self. In a heartfelt letter posted on Twitter, Page came out as transgender. The Oscar-nominated actor and Umbrella Academy star announced the news on Tuesday, Dec. 1, disclosing that he uses both he/him and they/them pronouns. Page's Twitter handle has also been changed to reflect his name change.

"I feel lucky to be writing this. To be here. To have arrived at this place in my life," he wrote in his open letter. "I feel overwhelming gratitude for the incredible people who have supported me along this journey. I can't begin to express how remarkable it feels to finally love who I am enough to pursue my authentic self."

Page also showed love to the trans community, saying that he was "inspired" by their work and strength. "Thank you for your courage, your generosity and ceaselessly working to make this world a more inclusive and compassionate place," he wrote. "I will offer whatever support I can and continue to strive for a more loving and equal society."

Shortly after the news was announced, Page's spouse Emma Portner, whom he married in 2018, reposted his statement on Instagram and said she was "so proud" of Page. "Trans, queer and non-binary people are a gift to this world," she captioned the post. "Elliot’s existence is a gift in and of itself. Shine on sweet E. Love you so much.” Netflix, which streams The Umbrella Academy, also responded to Page's letter with its own message of support on Twitter. "So proud of our superhero!," they wrote. "WE LOVE YOU ELLIOT!"

In their letter, Page also opened up about the fear that they're experiencing and asked for patience as they transition. "My joy is real, but it is also fragile," they wrote. "The truth is, despite feeling profoundly happy right now, I am also scared. I'm scared of the invasiveness, the hate, the 'jokes' and of violence. To be clear, I am not trying to dampen a moment that is joyous and one that I celebrate, but I want to address the full picture."

The actor went on to list just some of the dangers that transgender people face daily. According to the Human Rights Campaign, at least 40 trans or gender non-conforming people were murdered or suspected to have been murdered in 2020, with the majority of victims being Black and Latinx trans women. Page also addressed lawmakers attempting to restrict transgender healthcare, especially for trans youth, in the U.S. "Enough is enough," they wrote. "You aren't being 'cancelled,' you are hurting people. I am one of those people and we won't be silent in the face of your attacks."

Page concluded his letter by speaking to the transgender people who have faced abuse, harassment, and difficulties in their lives. "I love that I am trans. And I love that I am queer," he wrote. "I see you, I love you and I will do everything I can to change this world for the better."