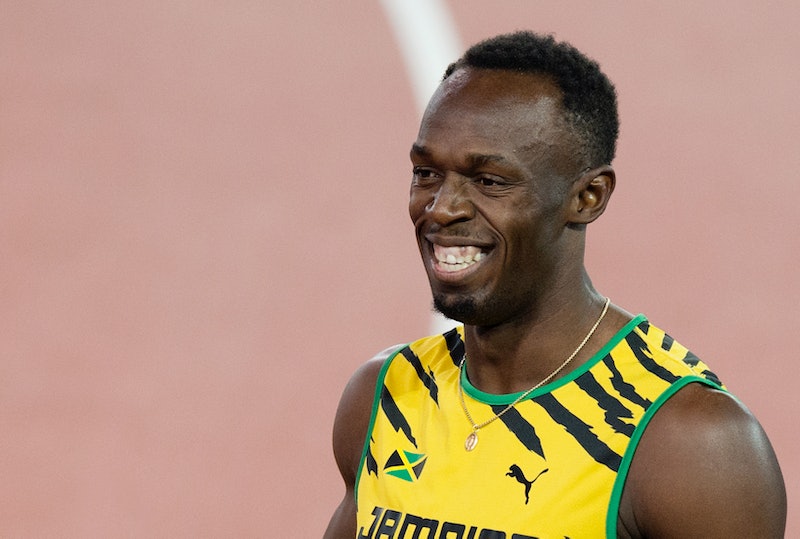 Announcing the news on Father’s Day, Usain Bolt has welcomed twin sons with his partner Kasi Bennett. The Olympian shared a picture of the new additions to his family on Instagram, in a beautiful photoshoot that sees his newborn boys Thunder and Saint Leo positioned on either side of their older sister Olympia Lightning. Both Bolt and Bennett are beaming at the camera, looking like very happy and proud parents.

Bennett has also posted about the birth of their twins, revealing their names in a black and white video taken at the same photoshoot, wishing Bolt a happy Father’s Day. This was followed by another post, where Bennett praised her “forever love” for his role as a dad. “You are the rock to this family and the greatest daddy to our little ones,” the caption reads. “We love you world without end! 💛”

Unlike the well-documented pregnancy with their daughter, the couple kept this pregnancy tightly under wraps. “These twins were the best kept secret ever,” artist Wayne Marshall commented on one of Bennett’s posts. “Congratulations guys 🎉🎊🍾” Bolt and Bennett have yet to announce when their newest additions were born, but when Olympia Lightning came into the world in May 2020 her name was announced publicly two months later, per BBC News.

Retiring from sport in 2017, Bolt is now dedicated to raising his family. “Being a parent now, it’s different. It gives you a sense of accomplishment, so I’m really happy and just excited to go on this journey,” the Olympic medal winner said in an interview with the Australian Nine Network’s Wide World of Sports, ahead of the Apple TV+ documentary Greatness Code.

When asked whether his kids will follow in his sporting footsteps, Bolt is adamant that he’s “just here to support” them. “Everybody is already asking, ‘Is [Olympia Lightning] going to run?’ But I won’t push her to do any sports. She can do whatever she wants, I’m just here to support.”