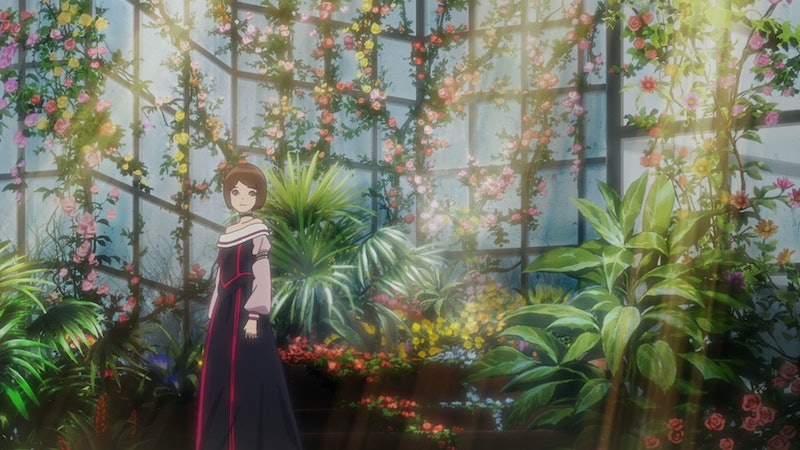 Netflix’s latest animated adventure is Vampire in the Garden, which takes place on a fictitious version of Earth where humanity lost its battle against vampires. A small sect of survivors were able to manipulate light in a small village, allowing them to live in relative peace; however, Momo (Megumi Han), the series’ main character, wishes to live alongside the vampires. As fate would have it, Momo has a chance meeting with the vampire queen Fine (Yu Kobayashi), upending the very idea of co-existence.

The anime series is primed to tap into equal parts horror and survival story, potentially warranting a second season, but as it stands now, Netflix hasn’t announced any plans for the next iteration of the vampire tale.

Vampire In The Garden Season 2 Plot

It’s also worth mentioning that according to the in-show lore of Vampire in the Garden, humans and vampires once lived side by side in a place called Paradise, and much of Season 1 deals with Momo and Fine’s attempt to find Paradise once again. Which is to say that the presented arc of Season 1 may ultimately be a contained story, only meant for a singular season. If, or when, Momo and Fine find Paradise, there may not be much else for the show to explore.

According to HITC, Netflix’s newest anime series is a long time coming. Vampire in the Garden was originally supposed to make its debut on the streamer back in 2021; however, the animated series was delayed until 2022 because of pandemic-related issues.

Vampire in the Garden is the latest title from the famed Wit Studio, which has risen up the ranks of anime production in its decade of existence. Wit Studio was the production team behind one of the most famed anime series of the last 10 years, Attack on Titan, and in just the last three years, it has produced titles like Vinland Saga, GaruGaku: Saint Girls Square Academy, Great Pretender, Vivy: Fluorite Eye’s Song, and Ranking of Kings.

Of its most recent titles, GaruGaku: Saint Girls Square Academy and Great Pretender have been given two seasons, while Vinland Saga has been renewed for a Season 2. Attack on Titan managed to run for four seasons; however, Wit Studio was only responsible for the first three. All of which goes to the show that the production studio isn’t a stranger to extending its shows across several seasons if the story potential is there.

However, neither Vivy: Fluorite Eye’s Song and Ranking of Kings have been renewed, which ultimately makes it fairly hard to speculate on the future of Vampire in the Garden. Given Netflix’s involvement, it would make sense to assume that the streaming service will weigh popularity and public reception after the show’s May 16 release before deciding whether or not to commission a second season.

This post will be updated as more Vampire in the Garden Season 2 details become available.

More like this
The ‘Squid Game’ Season 2 Renewal Teases A Creepy New Figure & A Return
By Brian Anthony Hernandez and Bustle Editors
Everything To Know About Netflix’s '1899,' The New Mystery From 'Dark' Creators
By Radhika Menon
Every Song In The Umbrella Academy Season 3
By Kadin Burnett
First Kill Left Multiple Cliffhangers To Resolve in A Potential Season 2
By Brad Witter
Get Even More From Bustle — Sign Up For The Newsletter