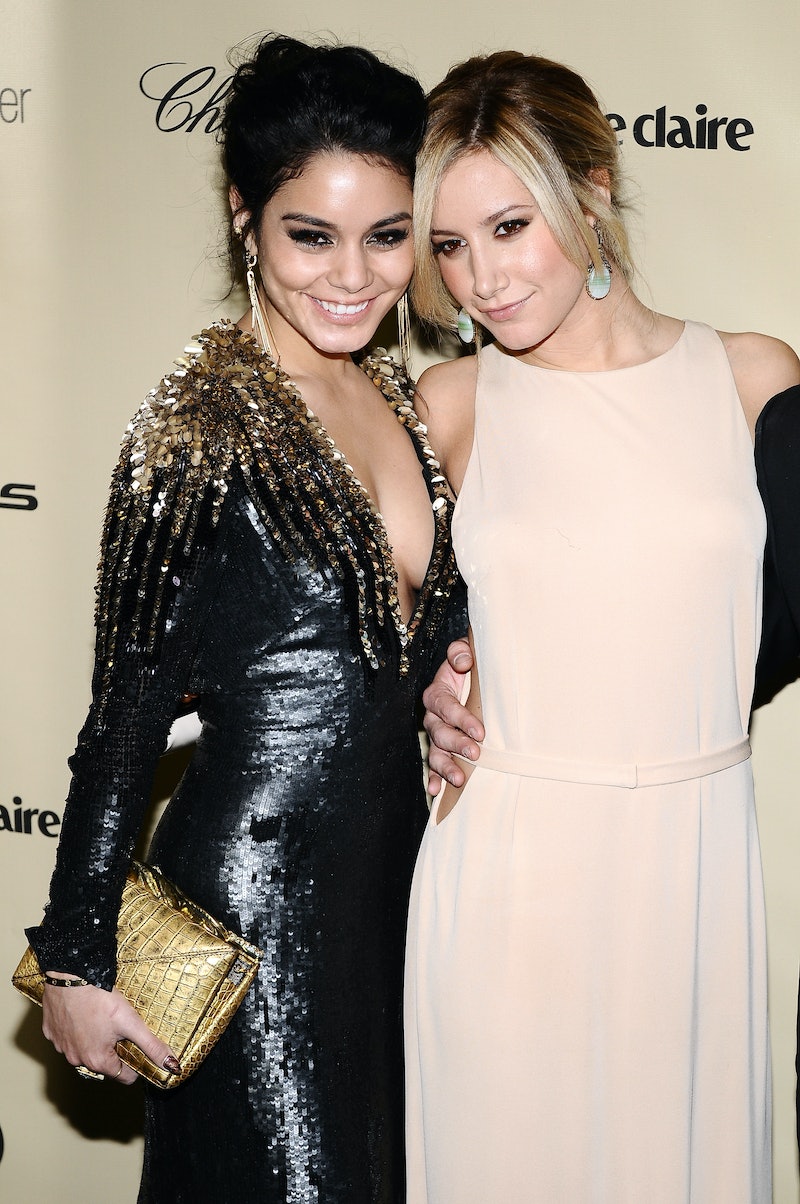 Wildcats are always in this together, especially through milestones like their first kids. Vanessa Hudgens finally met Ashley Tisdale’s baby, and it was the sweetest High School Musical reunion ever. Over Memorial Day Weekend, Hudgens visited Tisdale at home, where the Merry Happy Whatever star introduced her longtime friend to her 2-month-old daughter Jupiter Iris French. And of course, they both posted proof on their Instagram Stories.

Tisdale shared photos of her HSM castmate adorably gazing at baby “Juju” while holding her in her arms. “Juju & Aunt Nessa,” she wrote. “Literally Jupiter opened her arms like hold me the minute she met Ness. It warmed my heart.” Hudgens also shared another picture on her own Instagram Story, writing, “I melt over this angel.”

Tisdale and her husband Christopher French welcomed Jupiter, their first child, on March 23, announcing the news on Instagram with a black-and-white photo of their baby’s hand wrapped around her finger. “Jupiter Iris French arrived earth side 3.23.21,” she captioned the post. A few days later, Tisdale opened up about her experience giving birth. “I don’t think I’ve ever felt more exhausted. But it is SO worth it,” she wrote. “I can’t believe what my body was capable of until now, it’s amazing and I’m so grateful it brought this beautiful gift into our life.”

Due to the COVID-19 pandemic, the co-stars-turned-BFFs haven’t been able to meet up as often as usual, but Hudgens was still psyched about Tisdale’s pregnancy. In November 2020, Hudgens told Entertainment Tonight that she was going to be a “fairy godmother” to Tisdale’s baby, no matter who the actual godparents were. “Oh my gosh, it's so exciting,” she said. “I'm just so excited to get back to L.A. to sing to her baby and her stomach. I am just over the moon for her and Chris. They are just gonna make such incredible parents. I cannot believe it still, but I'm very emotional and very excited about it.”

Indeed, in March, the Princess Switch star met up with Tisdale just before she was about to pop, and shared a (masked) selfie that proved just how excited she was for her fairy goddaughter to arrive. “It’s taken 9 months but safely we got a picture before my girl left again,” Tisdale wrote on her Instagram. “Love you @vanessahudgens.” Sharpay and Gabriella may have never saw eye-to-eye, but Tisdale and Hudgens remain closer than ever.