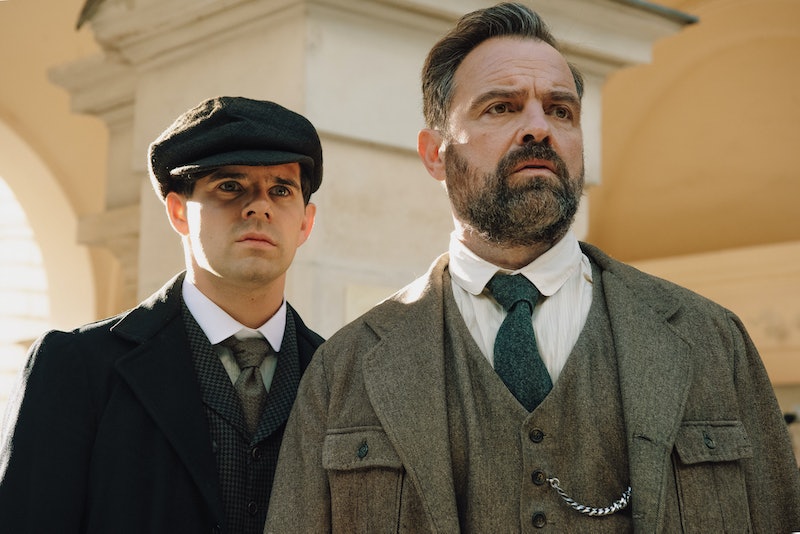 Christmas Eve is one of the most magical nights of the year, and with the finale of season two of Vienna Blood set to be on TV that night, fans are sure to get everything they’d hoped for. But what about more episodes after the second series concludes? Will there be a Vienna Blood season three?

Well, sadly, nothing has been confirmed so far. The BBC has not yet revealed if it will be giving the show a third go-around, and sites including Premiere Date say series three “is yet to be announced by BBC Two.”

Based on the Liebermann Papers book series by Frank Tallis, each episode has been based on one of the six books, leaving plenty of source material yet to explore. The team behind season one – writer Steve Thompson and series director Robert Dornhelm – were also involved with season two, so fingers crossed they will return for a third series, too.

So far, the show — which is set in 1900s Vienna and centres around unlikely crime-solving duo Max Liebermann and Detective Inspector Oskar Rheinhardt — has received positive reviews for its two seasons, both of which have featured three 90-minute episodes. The Telegraph’s review of the newest episodes gave them four out of five stars, and the Independent said the show is “as rich and textured as the finest apple strudel.” Not sure you can get better than that!

More like this
Everything To Know About The 'Daisy Jones & The Six' TV Series
By Maxine Harrison and Brad Witter
Twitter Is Burning As Phoebe Dynevor Reveals Daphne’s 'Bridgerton' Exit
By Sophie McEvoy
Helena Bonham Carter Doesn't Think 'The Crown' “Should Carry On"
By Sam Ramsden
'Happy Valley' Recreated This Moment From S1 In Its Penultimate Episode
By Sophie McEvoy
Get The Very Best Of Bustle/UK
Sign up for Bustle UK's twice-weekly newsletter, featuring the latest must-watch TV, moving personal stories, and expert advice on the hottest viral buys.