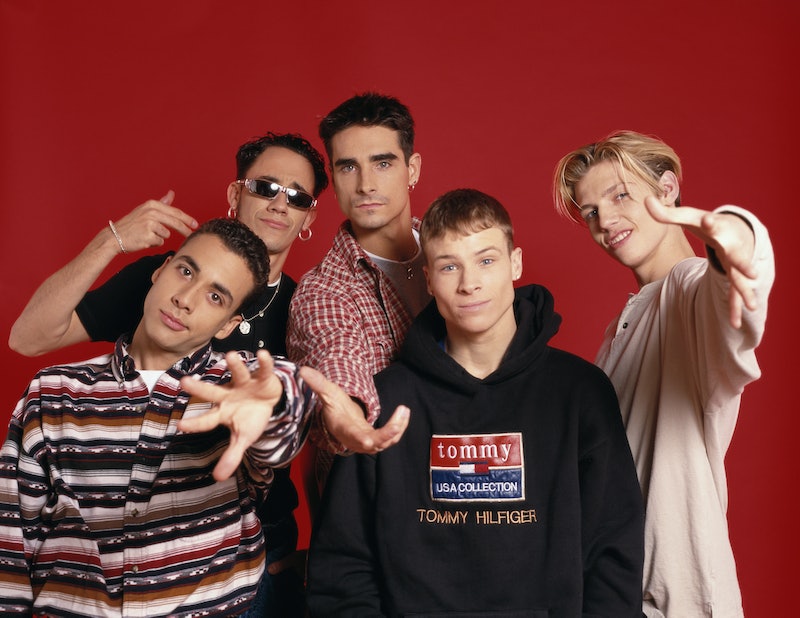 The final decade of the 1900s gave popular culture some very special things, and one of those very special things is a seemingly endless stream of strange music videos. Cast your mind back to when MTV was all about that particular medium, and each new song release promised a corresponding visual component, with intense visual creativity (and probably some bad acting). Among the strangest? “Schism” by Tool. And “Paranoid Android” by Radiohead. And the nightmare inducing “Come to Daddy” by Aphex Twin. And there’s “Breathe” by the Prodigy. Oh, and let's not forget about “Dragula” by Rob Zombie! But those only scratch the surface of the weird ‘90s music video waters; if you spend enough time dragging Lake Internet, you will stumble upon an embarrassment of bizarre riches.

To be honest, you probably don’t remember just how bonkers these videos are — it had been 30 years since I’d some of these, and I absolutely did not fully grasp their peculiarities the first time around. Some are surreal from start to finish, whereas others just give us brief flashes of wackiness — and all are worth a watch. Throw on your spelunking helmets, flip on your flashlights, and grab your rappel gear, because we’re about to climb down into deep recesses of our collective memory and revisit some wonderfully weird music videos from the '90s.

Hype Williams’s video for the Missy Elliott and Da Brat track is Mega Man perfection (with some truly terrible-slash-amazing CGI).

Putting this one in the “terrible ’90s graphics” category as well; this creepy blue alien hellscape will haunt me forever.

Care to watch the Icelandic chanteuse morph into a polar bear martian? If your answer is anything other than a resounding "YES," maybe change your answer? This video proves that Björk was absolutely ahead of her time.

4. “Gimme Some More” By Busta Rhymes

May that yellow-eyed blue goblin haunt your dreams tonight! This is bonkers — and a prime example of the extra-wild fish-eye view that was all the rage back in the day.

Lose your head? That’s no excuse. The show must go on. You keep on singing, like a freaking professional.

6. “No Surprises” By Radiohead

Aquaphobes, this one’s for you! In this unsettling, hypnotic clip, astronaut Thom Yorke sings as his helmet fills up with water. Also, since digital effects were still in their infancy, it genuinely looks like Yorke submerging his head underwater for much longer than you expect.

In the sepia-toned first half of this video, the band posts up on a couch in a landfill, only to be dragged around by a bulldozer. And just when you’re like, “I think I might understand what’s going on here,” the video cuts to images of hula dancers and a chalkboard.

Ok, there’s a girl with polka dots. And a dancing church service. And a lot of humming? I get it now.

I need to have words with that sweet baby angel as to what, exactly, is going on here.

10. “Everybody (Backstreet’s Back)” By Backstreet Boys

In hindsight, the strangest thing about this video is that it has absolutely nothing to do with the song lyrics. There are scary monster costumes. There are some pretty hilarious mugging for the camera. There are ... cartwheels. Wait, is that Antonio Fargas from Starsky and Hutch?

Those dance moves are my sun, moon, and stars. It’s basically an extended version of the robot, which is honestly much, much funnier.

This winner of six MTV Music Video awards is also a literal art student project filled with Michael Stipe’s strange dancing and some “freak angels.” You’ve definitely forgotten how off-kilter it is.

14. “Give It Away” By The Red Hot Chili Peppers

My biggest question for this video: how long did it take to scrub off that silver body paint?

Is Pam Anderson a giant, or are the members of Lit just especially tiny? We may never know.

True story: I gasped out loud the first time the “No Diggity” music video cut to that puppet plunking away at the piano.

In this Airplane! parody, literally everybody (accidentally) takes drugs and goes haywire. But in hindsight, the most hilarious part is how sweetly and earnestly the bandmates are committing to the bit. Oh yeah, and Jack Black is there, too.

I know Barbie Girl is the Aqua music video that’s burned into your brain, but I’d actually argue this one is trippier. There's weird, and then there's Aqua-meets-Indiana Jones weird.

OK, I remembered this being freaky, but I was not ready to revisit that cockroach. I've spent the last two decades putting that cockroach horror show from my mind. And now it's back.

22. “Sex And Candy” By Marcy Playground

Oh, and this one has a big old spider.

It's a masterclass in the art of lip-syncing. And it also might make you feel like you just got off a roller-coaster.

This is a masterclass in the art of green screen ... are they standing on the air? Or does gravity simply not apply to Az Yet?

25. “Hooked On A Feeling” By David Hasselhoff

In 1997, the Hoff released a cover of B.J. Thomas's classic. And perhaps the weirdest video of the decade. (He flies like a bird!)

This article was originally published on Jan. 29, 2016