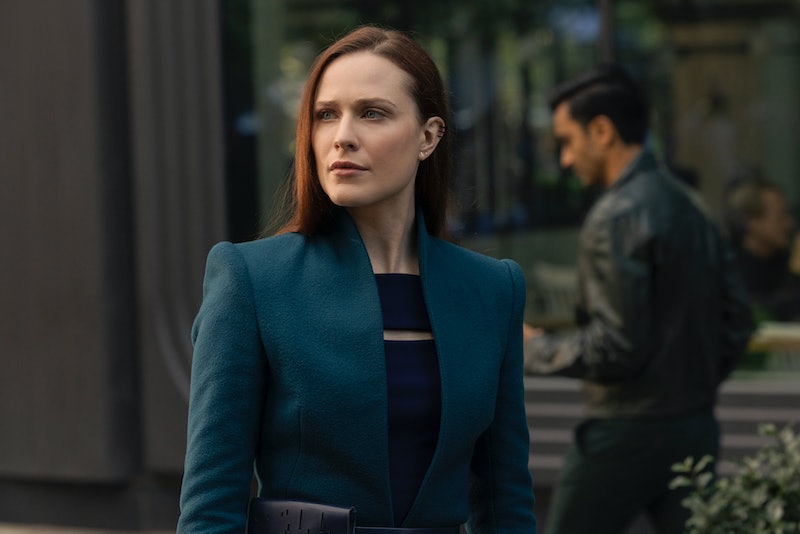 Major spoilers ahead for Westworld Season 4. As Season 4 of HBO’s dystopian series Westworld winded to a close on August 14, a natural question is on viewers’ minds: Will Westworld be renewed for a fifth season? While HBO has yet to officially green light Season 5, Westworld’s future looks promising after the success of Season 4, following a dip in viewership during the third season.

The events of Season 4 take place seven years after the end of Season 3, putting the war between humanity and Rehoboam — the AI system capable of controlling human behavior — in the past. Season 4 focuses on a new plan constructed by Charlotte Hale (Tessa Thompson), who intends to control humanity by spreading a virus to attendees at Delos’ new park, Golden Age (themed after the Roaring 20s!). The virus puts infected humans under Hale’s control; she can hack their minds and convert them into human hosts, like the robots in the parks.

Westworld is as complex as ever, but the main theme of the season focuses on whether humans have free will, as their narratives and loops in this season are written by Christina (Evan Rachel Wood), a host replica of Dolores. The final episode of the season follows William (Ed Harris), aka the host replica of the Man in Black, as he goes on a rampage, causing humans and hosts to fight and destroy each other.

It almost sounds like the Season 4 finale could also be the series finale of Westworld... or does it? Cast member Ed Harris has some other ideas. Here’s everything we know about the fifth season of Westworld, including the cast, plot, and potential premiere date.

Assuming that the show is doing a classic Westworld death fake-out, fans can only hope that William didn’t actually kill off the major players of the show. Though no official announcement has been made, and the fates of the characters won’t be fully known until after the season finale, there are a few major players we can assume would return for a fifth season of the show.

Ed Harris, Evan Rachel Wood, Thandiwe Newton, Jeffrey Wright, Aaron Paul, Luke Hemsworth, and Tessa Thompson are likely to return for another season, as their characters have played major roles in the current season (and seasons past). Aurora Perrineau and James Marsden also played significant roles in Season 4, so we could guess that they’d return for another season.

Since HBO hasn’t renewed Westworld for a fifth season, its potential plot mostly remains a mystery. But based on the ending of Season 4 Episode 8, it seems like Westworld is going back to its roots, and by that we mean the series will return to the western theme park that started it all. In the Season 4 finale, Dolores “reset” the world, bringing the original park (and perhaps some characters) back to life. “Maybe this time, we’ll set ourselves free,” she says.

Ahead of the premiere of Season 4, co-creator Lisa Joy told Deadline that Westworld has not yet reached its final storyline. “Jonah (Nolan) and I have always had an ending in mind that we hope to reach. We have not quite reached it yet,” she said. In a potential fifth season, we could assume the show would wind down toward the creators’ intended ending, hopefully bringing the story to a satisfying close.

The biggest piece of hope Westworld fans have for a fifth season comes from the Man in Black himself. In an interview with The Hollywood Reporter, Harris revealed that there will be a Season 5, and it’s slated to be the series’ last. “We have one more season, which will start filming next April and May,” Harris told The Hollywood Reporter. “I have no idea where that’s going to end up.” So while it’s not an official confirmation from HBO, it’s a pretty strong indicator that yes, Westworld will live on for one more season.

Given Harris’ information about filming taking place in April and May of 2023, a Season 5 premiere date could be sometime in 2024. But for now, we’re on the edge of our seats as we wait to see how the series could potentially continue and end.

This article will be updated as more information about Westworld Season 5 becomes available.

More like this
A New 'And Just Like That' Table Read Pic Confirms A Key Character's Return
By Jack Irvin and Grace Wehniainen
Nicola Coughlan Shared A Lady Whistledown Excerpt From ‘Bridgerton’ Season 3
By Grace Wehniainen, Alyssa Lapid and Sam Ramsden
Alicent's Green Dress In 'House Of The Dragon' May Be An Act Of War
By Kadin Burnett
'The White Lotus' Season 2 Finally Has A Release Date
By Bustle Editors
Get Even More From Bustle — Sign Up For The Newsletter