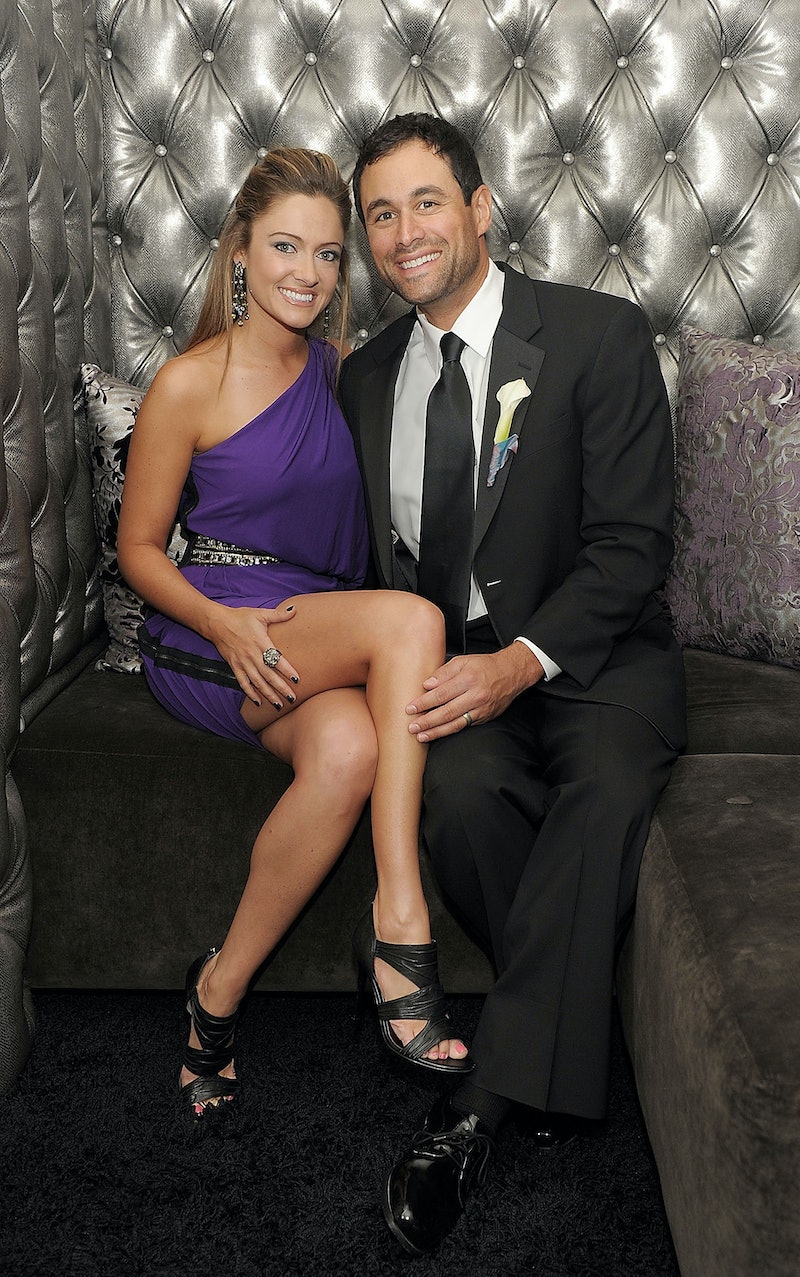 Chris Harrison refers to each Bachelor season as the most dramatic of all time, but Jason Mesnick’s Bachelor season may have been the one time that was true. Though Jason originally proposed to Melissa Rycroft, he later had a change of heart and revealed that he wanted to be with his runner-up, Molly Malaney, during the After the Final Rose special. His shocking revelation was the subject of much controversy throughout the years, but considering Jason and Molly are still together 11 years later, it turned out for the best.

In February 2010, less than a year after the finale, Jason and Molly got married in a televised wedding on ABC. They now live in Seattle with their 7-year-old daughter Riley and 15-year-old son Ty, who Jason had in a previous marriage. "Jason and I live as normal of a life as we possibly could!" Molly tells Bustle of their life post-Bachelor. "Jason is absolutely crushing it in the real estate world. I've been working in radio for the past six years, but just stopped to take a break." She's referring to the radio show and podcast "Bender and Molly," which Molly hosted on 106.1 KISS FM. But now with both kids participating in virtual learning this fall, she considers her new career to be an "at home school facilitator."

Unlike some couples who've moved on from Bachelor Nation, Jason and Molly have remained connected to the franchise and reality TV in general. Not only did they appear in a Season 4 episode of Celebrity Wife Swap alongside fellow Bachelor alums Sean Lowe and Catherine Giudici, but they popped up at the end of Arie Luyendyk Jr.’s season when he too decided to “pull a Mesnick" and break off his engagement with Becca Kufrin in order to be with his runner-up, Lauren Burnham.

However, that doesn't necessarily mean they'll be watching Monday night's episode of The Bachelor: The Greatest Seasons — Ever, which will revisit the season they fell in love. "I don't know that Jason and I will watch our season re-air," Molly admits. "We don't really need to relive all of that drama...we lived it!"

All that drama was worth it, though. Jason and Molly celebrated their 10-year wedding anniversary earlier this year. "Jason and I are such a simple couple, so we just went out for dinner, sans kiddos, to celebrate," Molly says. "Neither of us need anything fancy or extravagant in our lives. It's the little things that mean the most!"

As for what she'd say to any future Bachelor and Bachelorette contestants? "The most important advice I can give to anyone going on the show is to stay true to your authentic self and stop caring what other people think," Molly says. "That show puts you under a microscope and you'll never please everyone, so just do you!"