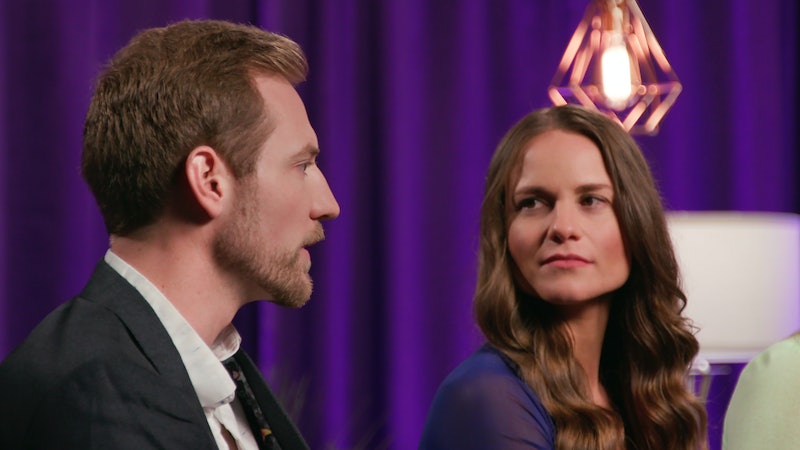 Kelly Chase may have said “I don’t” to Kenny Barnes on Love Is Blind, but apparently, they never planned to go through with the wedding in the first place. “We were adamant [that we weren’t] going to get married,” Kenny told People in March 2020. “And really, the engagement was just to extend the experiment. And we were both committed to that.”

Even so, Kelly said she didn’t think that would mean the end of their relationship. “I thought that we were going to continue dating, because that was communicated between us,” Kelly told People. “And then it was our last filming day, and he had a conversation with me like, ‘Hey, I think I am not emotionally available right now. I need to take some time apart from you.’ I felt very rejected, like, ‘That wasn’t the plan. What the heck?'”

Several weeks after filming ended, Kelly reached out to Kenny. “I actually wrote him a handwritten letter, not like saying like, ‘I’m in love with you,’ not crazy, but just like, ‘I really enjoyed getting to know you, and I do love you and I want to continue loving getting to know you even more,'” she recalled. “I never got a response from it, which maybe just freaked him out, but I was just releasing a lot of emotions.”

After realizing Kenny had ghosted her, Kelly contacted him again to apologize for the letter, admitting it may have been “too much.” She regretted sending it, wondering if she’d “just let him go and reset,” things might have turned out differently between them. Regardless, she said she feels it worked out for the best.

After the show, Kelly briefly dated a friend (who actually attended her Love Is Blind wedding, according to People), but now appears to be single. Based on her Instagram, Kelly seems to be more focused on professional endeavors, including her ChaseLife With Kelly podcast, which uses “vulnerability and raw storytelling to inspire, motivate, and empower you to create the life you crave.”

Kenny, for his part, explained to People that he “chose to be single” for about a year after filming Love Is Blind. In August 2020, he announced that he was engaged to Alexandra Garrison after about a year of dating. Kenny’s younger sister Anna introduced the couple, who dated long-distance for the first several months of their relationship. "So many events have been delayed, canceled or pushed to 2021 or 2022, so we figure that this will allow us to plan everything out and see how COVID-19 continues to evolve," he said of wedding planning.

As for his relationship with Kelly, they appear to be on good terms. She posted an enthusiastic congratulations on Instagram in response to his engagement. "OH MY GOSHH YAYYY!!" she commented. "That's so exciting!!! I'm so excited for you two!! My mouth dropped but in the best way!!!!! You deserve all the happiness Kenny!!!! Sending you both love and light! Hope to meet her someday!"