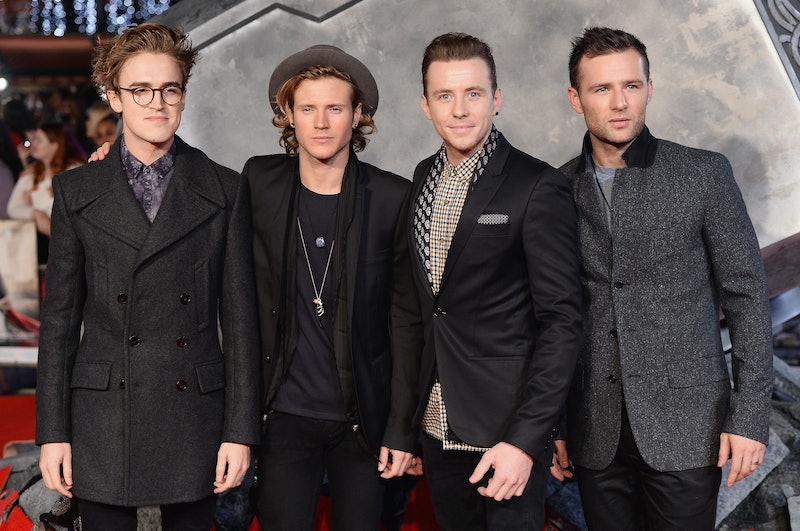 As one of the UK’s most recognised boy bands, McFly made a huge splash when they debuted their first song “5 Colours In Her Hair” in the mid-’00s. The quartet – made up of Danny Jones, Dougie Poynter, Tom Fletcher, and Harry Judd – went on to have incredible success, with multiple albums and seven UK number ones under their belts. In recent years they have taken on different projects, so what are McFly doing now?

In short: they’re back together. Yup, the band recently signed a new record deal, per BBC News. The group booked a recording studio for two months earlier this year, and are aiming to release an album in late 2020. “It’s the first time I feel we’ve all been part of it,” Jones told the BBC. “We were all involved, split down the middle, and it was just a collaborative, energetic process.”

“In hindsight, what we really needed was a break to realise how much we needed McFly,” Fletcher said. “But the truth is McFly totally defines who we are. It’s in our DNA.”

This is exciting news, especially since the band had been on an indefinite hiatus since 2016. Well, a sorta hiatus. According to Metro, Fletcher told fans on Twitter that they hadn't intended it to be as such. "I don’t think any of us wanted to define it as a hiatus," they quote him as saying. "It wasn’t planned, just sort of happened for one reason or another."

In March 2018, Poynter announced he had started a new band called INK, OK! reports. This had some fans low key wishing they would split up for good, just so they wouldn't have to be in this constant limbo of not knowing what the heck is going on with those boys, who hadn't released a record since 2010. In that time, they did of course go on tour with Busted — they called themselves McBusted, obviously — releasing an album that peaked at number 9 in the charts.

However, the band took to their Twitter, to assure fans that they are very much still a thing, just that they are taking a step back to concentrate on solo interests. Thankfully that’s no longer the case. And even though they’ve had to put a hiatus of sorts on their tour due to COVID-19, at least they’ll be releasing new music sometime this month!

This article was originally published on July 14, 2018