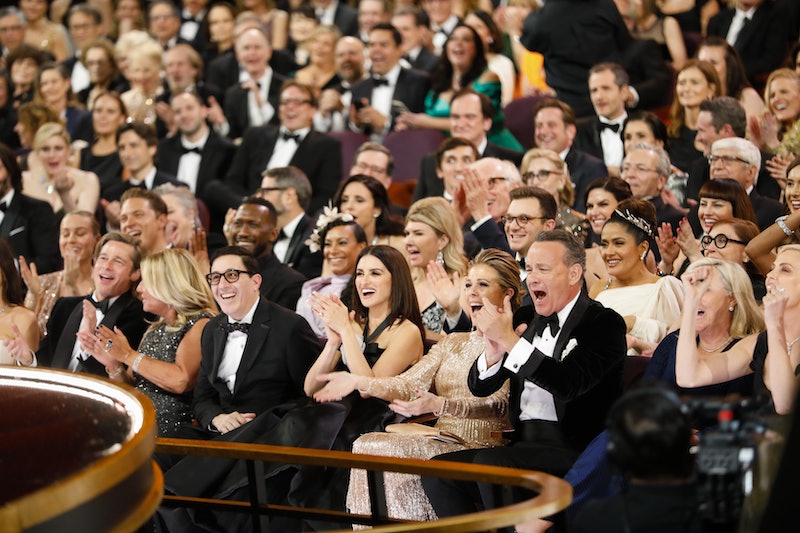 The Academy Awards have never been a prime example of diversity, as evidenced by the #OscarsSoWhite campaign, but the show is looking to change that. The Academy of Motion Picture Arts and Sciences announced new Oscars diversity requirements for the awards' most prestigious category on Tuesday, Sept. 8. Starting in 2024, Best Picture nominees will have to meet at least two out of four new inclusion standards. But, while some are hopeful that these standards will encourage change, the question is, how effective are these requirements, really? According to the Academy, these new guidelines are "designed to encourage equitable representation on and off screen," but here's what they really mean.

Standard A mandates that at least one lead or supporting actor must be from a minority racial or ethnic group, or that 30% of secondary actors be from at least two underrepresented groups in general, which includes women, the LGBTQ+ community, and people with deafness or physical disabilities. If the main storyline and narrative of the film centers around one of these minority groups, it would also satisfy this requirement. This may arguably be the most potentially impactful new rule that the Academy has introduced, given how studies have found that Best Picture nominees have not grown much in diversity since 1989. It could also be the boost studios need to make a real commitment to increasing representation seen in major studio films, which has been increasing according to the UCLA Hollywood Diversity Report, albeit slowly.

Academy Best Picture Standards B, C, and D mandate similar requirements for minority representation, but for roles behind the camera. Standard B applies to creative leadership, technical and crew positions, Standard C focuses on paid internship and skills development opportunities, and Standard C applies to roles within studios' marketing, publicity, and distribution departments.

All of these requirements would, in theory, encourage diversity in hiring both at studios and on film sets, but it might not actually change that much.

To compete in the Best Picture race, a film must meet only two of the four standards to compete. So in theory, as many people on Twitter have pointed out, as long as a film studio has a diverse publicity department and promises to hire more interns from underrepresented groups, its movies would still be eligible for Best Picture, even if the actors onscreen or the creative team behind the film are still, well, so white. This includes former Best Picture nominees like La La Land and Green Book, which received criticism for its lack of diversity and portrayal of race, but would still be eligible thanks to the castings of John Legend and Mahershala Ali, respectively.

The new rules won't be enforced for another three years, just in time for the 96th Academy Awards. However, these standards will not apply to any category outside of Best Picture, meaning that the derided lack of diversity in the acting and directing categories specifically will likely not improve with these new standards. While it's great to see that the Academy is not only encouraging, but demanding that underrepresented groups take positions behind the scenes in the film industry, it may not cause all that much impact within the actual nominees overall, which is where real change lies.

More like this
14 Women To Watch This Oscar Season
By Marina Watts
A New Scooby-Doo Movie Confirmed Velma Is Gay & Twitter Is Pumped
By Radhika Menon
Everything You Need To Know About ‘Black Panther: Wakanda Forever’
By Bustle Editors
Christian Bale Sang With Taylor Swift & His Daughter Can't Believe It
By Radhika Menon
Get Even More From Bustle — Sign Up For The Newsletter