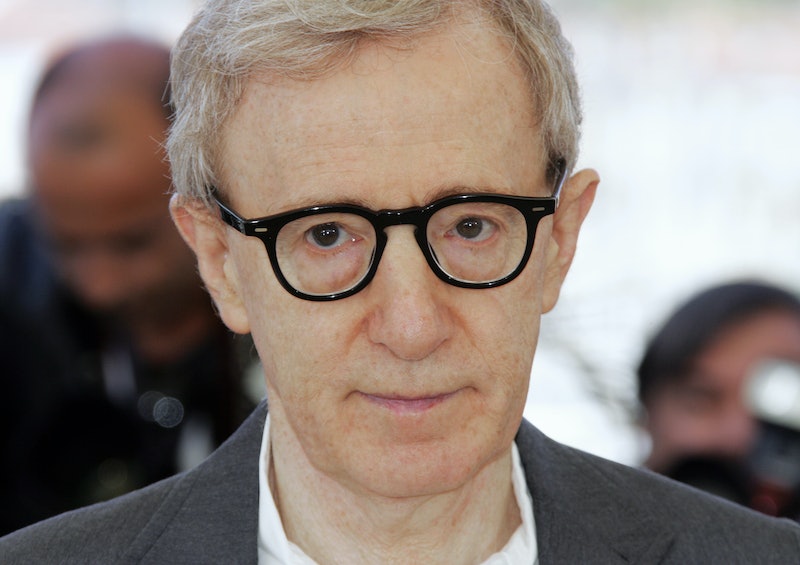 Update: Woody Allen has released a statement to The Hollywood Reporter in response to Allen v Farrow. "These documentarians had no interest in the truth," reads a joint statement with his wife, Soon-Yi Previn. "Instead, they spent years surreptitiously collaborating with the Farrows and their enablers to put together a hatchet job riddled with falsehoods. Woody and Soon-Yi were approached less than two months ago and given only a matter of days ‘to respond.’ Of course, they declined to do so."

"As has been known for decades, these allegations are categorically false. Multiple agencies investigated them at the time and found that, whatever Dylan Farrow may have been led to believe, absolutely no abuse had ever taken place. It is sadly unsurprising that the network to air this is HBO – which has a standing production deal and business relationship with Ronan Farrow. While this shoddy hit piece may gain attention, it does not change the facts."

Earlier: HBO's Allen v. Farrow is a damning look at the allegations that have trailed Woody Allen since 1992, when his adopted daughter Dylan Farrow — then 7 — accused him of sexually assaulting her. So it's unsurprising that Allen — who has repeatedly denied the allegations — declined to be interviewed for the docuseries. He's already made his feelings about the subject matter clear.

The day after the Connecticut State Police announced that they would be investigating the accusation made by Dylan, Allen held a press conference to publicly deny the claim. "This is an unconscionable and gruesomely damaging manipulation of innocent children for vindictive and self-serving motives," he said, noting that allegations like this were a "popular though heinous card played in all too many child-custody fights." (Allen sued Dylan's mother and his former partner, Mia Farrow, for custody of Dylan along with her brothers Ronan and Moses the same month.)

Allen has stuck to this defense in the years since, claiming that the accusations were maliciously planted by Mia, who he has sought to paint as both unstable and vindictive about his relationship with another of her adoptive daughters, Soon-Yi Previn. As Allen v. Farrow shows, his comments have often flouted the facts of the case: In 2018, he told the Argentinian news program Periodismo Para Todos (“Journalism for All”) that “this is something that has been thoroughly looked at 25 years ago by all the authorities and everybody came to the conclusion that it was untrue.”

While a team of medical experts who evaluated Dylan did conclude that she showed no signs of being assaulted, the credibility of that report has been called into question. The state's attorney investigating the case also said that he had probable cause to charge Allen, but refrained from moving forward in order to avoid further traumatizing Dylan. Additionally, the judge in Allen and Mia's custody hearing awarded full custody to Mia in 1993, stating that he found the sexual abuse allegations to be compelling.

Two decades later, Allen has continued to speak out about the case, most recently in his 2020 memoir Apropos of Nothing, which is played in audiobook recordings throughout Allen v. Farrow. "I never laid a finger on Dylan, never did anything to her that could be even misconstrued as abusing her," Allen claims in the book.

Shortly before its publication, Dylan decried the memoir on Twitter. "For the record, I was never contacted by any fact checkers to verify the information in this 'memoir,'" she wrote in part. "On the other hand, my story has undergone endless scrutiny and has never been published without extensive fact checking. This provides yet another example of the profound privilege that power, money, and notoriety affords."

More like this
Helena Bonham Carter Doesn't Think 'The Crown' “Should Carry On"
By Sam Ramsden
The 'Glee' Cast Isn’t Happy About 'The Price Of Glee'
By Jake Viswanath
Netflix Shut Down 'Bridgerton' S3 Rumours About A “Very Dark” Storyline
By Bustle
Linda Ronstadt’s “Long Long Time” Plays A Pivotal Role In The Last Of Us
By Brad Witter
Get Even More From Bustle — Sign Up For The Newsletter
From hair trends to relationship advice, our daily newsletter has everything you need to sound like a person who’s on TikTok, even if you aren’t.

This article was originally published on Feb. 21, 2021