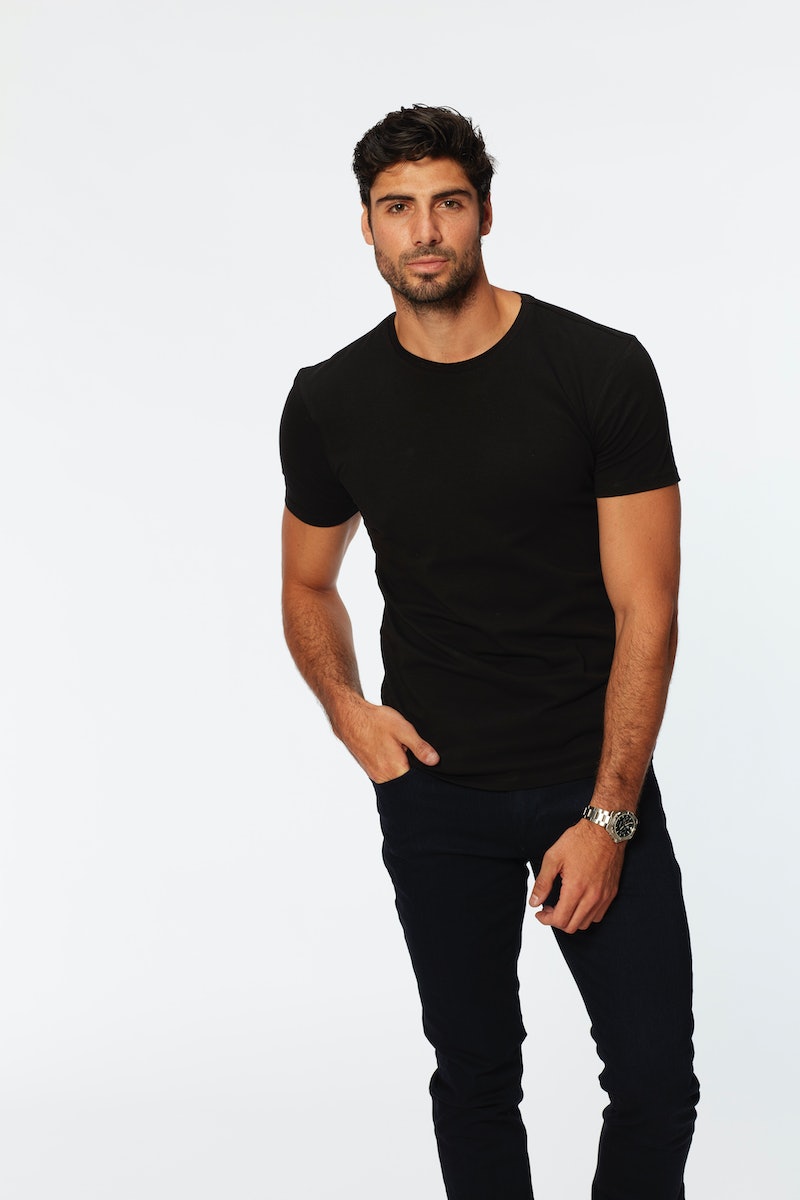 It's unlikely that Bachelorette contestant Brandon Goss ends up with Clare Crawley after the show. His ABC bio mentioned he was looking to move back home to Cleveland to settle down, and by all accounts, he's still living in New York City. Meanwhile Clare is based on the other side of the country, in Sacramento. Not to mention that little rumor that she quits the show early to be with former football player Dale Moss, forcing ABC to bring in Tayshia Adams as a replacement. (ABC hasn't confirmed the reports).

So what does a former Bachelorette contestant do in the face of rejection? Build their brand, baby! And honestly props to Brandon for so shamelessly leaning in. Though his Instagram bio says he's still working as a luxury real estate agent, he's also putting all his new followers to good use with plenty of shirtless pics. In September, Brandon posted several said photos to Instagram, reminding fans that this "nice Midwestern boy with the abs of an A-list movie star" does, indeed, have abs.

"You know where to find me," Brandon captioned one photo of himself on the beach. He posted another shirtless selfie two days later, this time without a caption because the abs presumably speak for themselves.

Throughout October, Brandon continued to show off his modeling portfolio on Instagram, including one more professional shirtless photo. At this point, it's not even clear Brandon owns a shirt. Perhaps he left them all at the La Quinta resort?

The only steady relationship Brandon seems to have after The Bachelorette is a disdain for clothing.