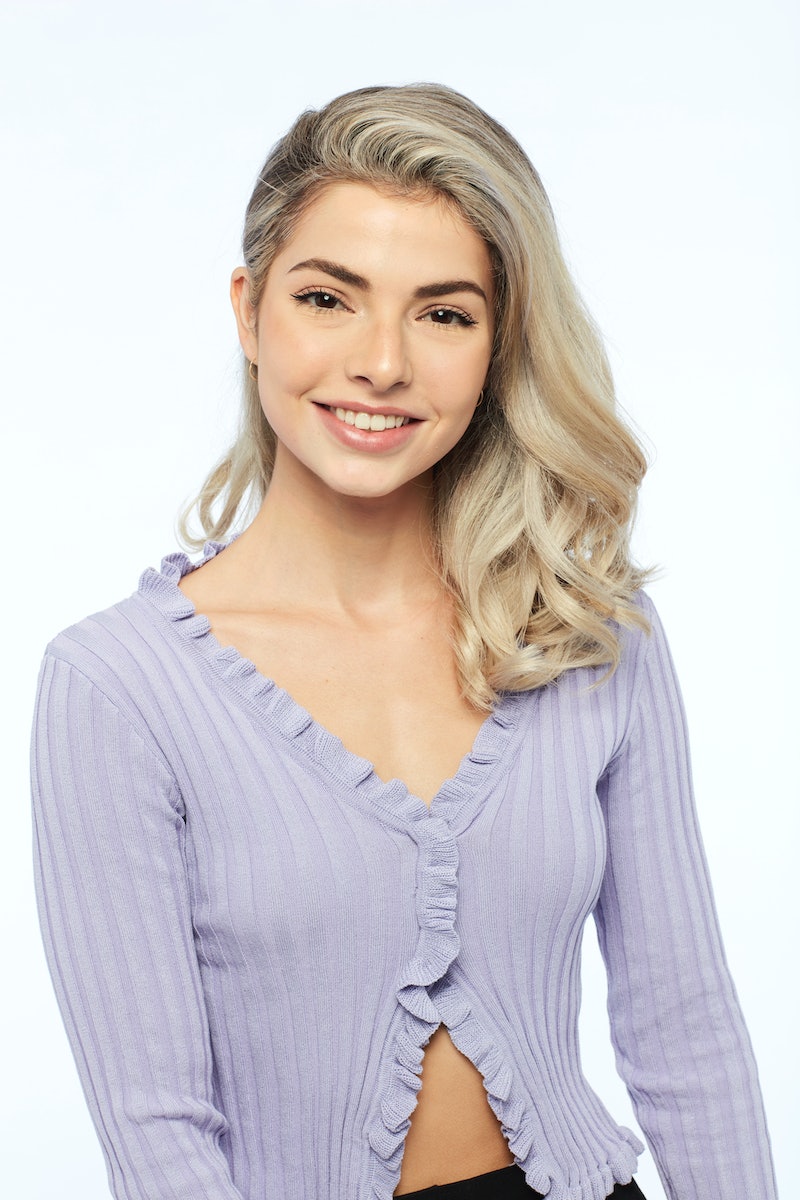 As one of the most fashion-savvy contestants on Matt James' season, it may not surprise fans to learn that The Bachelor's Kit Keenan has building her brand since leaving the show. The 21-year-old star is the daughter of acclaimed fashion designer Cynthia Rowley, and Kit is following in her mother's footsteps as a fashion entrepreneur. She not only launched KIT — a line of apparel collaborations with several prominent artists — she co-hosts the Ageless podcast and creates wellness content that she shares on social media.

It's not yet clear if Kit will win Matt's heart, but the Gen Z star has a lot going for her either way. Chris Harrison described Kit as a young "socialite" in the Meet the Women episode, saying she was "born and raised in the West Village, think Carrie Bradshaw." Harrison promised that despite her young age, the reality star was sincere about finding love with Matt. "There's another side to her," he promised viewers. "But is she ready to settle down at 21?"

While Kit's relationship status after appearing on The Bachelor is currently unknown, the reality star appears to be splitting time between the East and West Coasts and is still hard at work with her various business ventures. Here's everything to know about Kit's post-Bachelor life:

Kit's Bachelor bio describes her as a "true born-and-raised New Yorker," but she appears to spend a lot of time in Los Angeles. Since November, she has posted numerous images on Instagram from both cities. Although the reality star posted a photo of an LA view on Instagram in January with the caption, "home sweet home," she wrote the same alongside a November photo of her lounging on a couch in New York's West Village. This New Yorker apparently has room in her heart for both coasts.

Chris Harrison called Kit "easily the best-dressed women we've ever had" during the Meet the Women special. As the daughter of a prominent New York City designer, Kit is an IRL Blair Waldorf, although unlike her Gossip Girl counterpart, the reality show contestant seems to be super close to her mother. In fact, she seems to have inherited a love of fashion and is already beginning a similar career.

As a fashion lover, Kit was able to curate a line of T-shirts and hoodies using art from several prominent artists. The apparel, which can be purchased on the reality star's website, includes artwork by Vaughn Spann, Mark Grotjahn, Richard Prince, and, most recently, Wes Lang. The designs include an equestrian-themed sweatshirt, one with a pastel-rainbow, and a T-shirt that changes the Playboy bunny head into a skull.

She Is Continuing Her Podcast

Kit and her mom have made dozens of episodes of their podcast, Ageless. The mother-daughter duo explores fashion, business, wellness, and motherhood through their unique perspective. The podcast's most recent episodes discussed topics ranging from "a life-changing eye cream" to "unplugging body discrimination."

She's Active In The Wellness Space

Kit is also interested in the fitness and wellness space. The reality star frequently shares workout videos on Instagram, plus she uses her social media platform to share vegan recipes and other wellness content such as stretches for better posture and how to give yourself a lymphatic drainage facial massage.

Whether she ends up with an engagement ring from Matt or not, we'll be seeing more of Kit.

More like this
What Jen Shah's Delayed Sentencing Could Mean For The 'RHOSLC' Season 3 Reunion
By Brad Witter and Jake Viswanath
What To Know About Simon Guobadia’s 3 Ex-Wives & Children
By Brad Witter
You Definitely Know The Voice Of Shuri's AI In 'Black Panther: Wakanda Forever'
By Brad Witter
'Wakanda Forever' Is Already Opening Doors For Mabel Cadena
By Grace Wehniainen
Get Even More From Bustle — Sign Up For The Newsletter