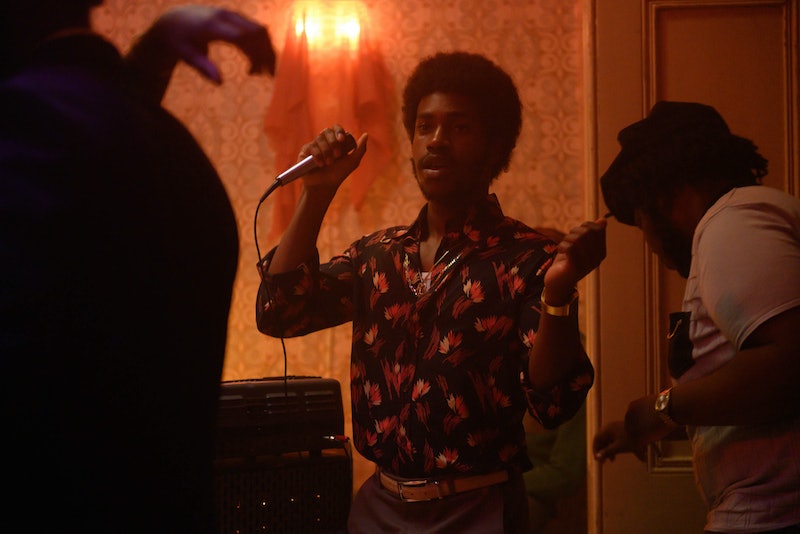 Steve McQueen's upcoming film Lovers Rocks airs on BBC One Sunday, November 22, as part of his Small Axe anthology series exploring the Black experience in Britain during the 60s and 80s. The new film is described as 'an ode to the romantic reggae genre called "Lovers Rock" and to the youth who found freedom and love in its sound. Yet for those new to the music, what is the Lovers Rock genre?

With roots deep in Jamaica and origins in London, Lovers Rock songs are essentially smooth rhythmic ballads that were the soundtrack for a generation of young Caribbeans during the '70s and '80s. From Carroll Thompson's flirtatious anthem I'm So Sorry to Louisa Mark’s 1975 hit Caught You In A Lie, Lovers Rock is designed for, well... lovers — and the film highlights this so well.

There's a scene in the film which sees attendees of a steamy Blues party sway along to the sweet sounds of Janet Kay’s iconic 1979 hit Silly Games and when it ends, they sing the tune a cappella for five uninterrupted minutes. It's hard to not join in, especially as I know the words completely unrevised. I still hear this song spilling out into my Caribbean parents, aunts, and uncle's homes. All. The. Time. It sounds like home.

“For me, that was an essential part of that party,” he added. “It was about that sort of liberation, that freedom, that spiritual nakedness. That’s what I wanted to see. You don’t see that very much in cinema – of Black people having that total, absolute lack of inhibition."

Between the scenes of sweethearts dancing very, very close, (the "wine and guh down") and joyful singalongs to classic tunes, Lovers Rock made me nostalgic for a time I didn't experience but my parents remember fondly.

McQueen describes the film as his "musical" and hopes it inspires a new incarnation of Blues parties in younger audiences. During a period of heightened racial tensions in UK, the parties were considered a sanctuary for people in the Caribbean community. For the older West Indians that lived and breathed the Lovers Rock sound during its heydey, the Small Axe team hopes the film brings back "many happy memories."