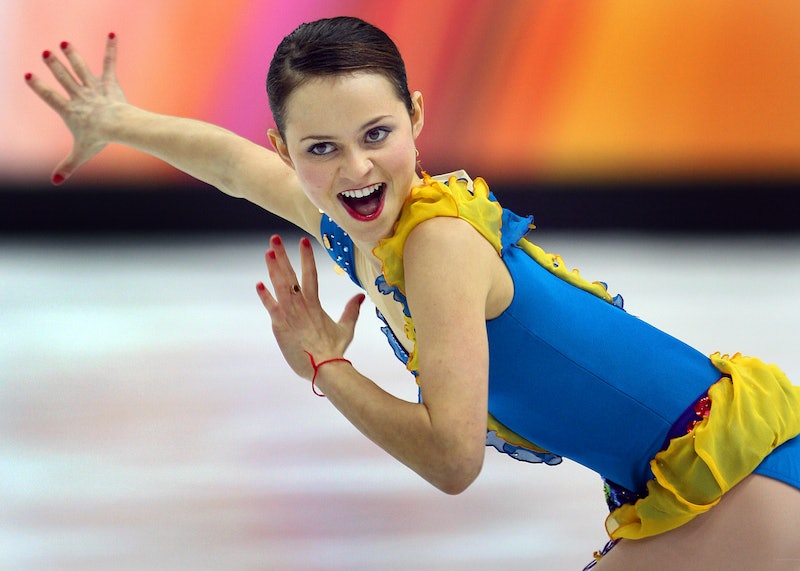 HBO's latest sports documentary, The Weight of Gold (out July 29), explores the fraught world of Olympic athletes and their rarely talked about struggles with mental health. The doc features Olympians like Michael Phelps, Bode Miller, Apolo Ohno, and world class figure skater Sasha Cohen — who details her difficulties figuring out who she was off the ice.

In The Weight Of Gold, Cohen speaks about the immense pressures placed on her not just during the Olympic competition itself, but in the years-long buildup to the games. She addresses the isolation she experienced during her years of training for the Olympics, and the toll it took on her. Cohen also opens up about her two heartbreaking falls during her long program at the 2006 Winter Games in Turin, which still earned her a silver medal, but left her feeling immense shame.

After the 2006 Olympics, Cohen would still compete and perform in figure skating competitions, but would mostly stick to exhibitions and showcases, with the intent of returning for the 2010 Vancouver Olympics. Cohen's career would see her return to the World Championships in 2010 ahead of that year's Olympic season, but she wouldn't make the team after a devastating fall and a rougher-edged performance earned her fourth place in the competition, well short of where she needed to be to be chosen for the Olympic team.

Over the years, Cohen has dabbled in television. According to IMDb, she appeared CSI: NY, Project Runway, and Las Vegas. She also played herself in the figure skating parody Blades of Glory, starring Will Ferrell and Jon Heder, and her latest film role was in 2017's Sharknado 5.

But most recently, Cohen has taken her talents to Wall Street, as she detailed in an interview during the 2018 Pyeongchang Winter Games. She now works pursuing a different kind of gold at Morgan Stanley. "I’ve always had an interest in finance, I remember when I was competing, I watched CNBC and I took up an interest in gold at the age of 15 and kind of wondered why there were such wild fluctuations," she said. In addition to the change in careers, Cohen also has some other big personal life changes: Last November, she announced via Instagram that she was expecting a child with her fiancé, Geoffrey Lieberthal. They welcomed their new son into the world on January 17.