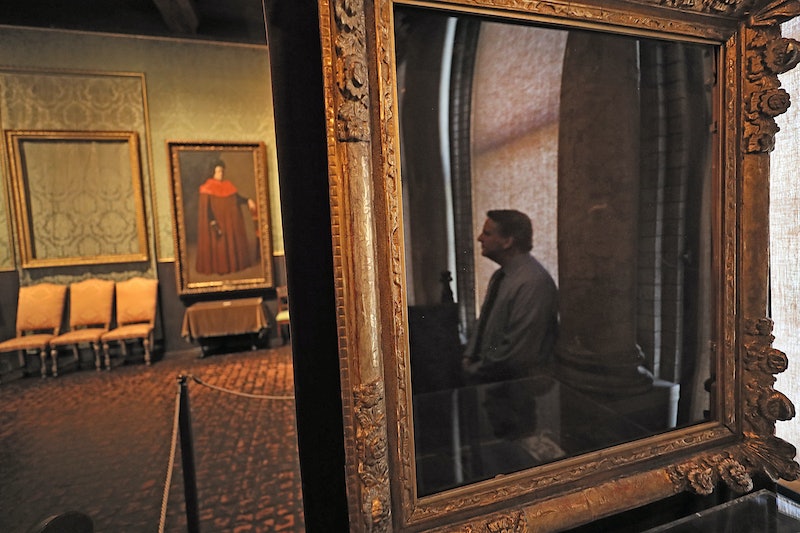 Let’s start at the end: Almost exactly 31 years later, no one can say for certain what happened to the 13 priceless pieces of art stolen from the Isabella Gardner Museum in Boston, Massachusetts, on March 18, 1990.

As detailed in This Is a Robbery, the new Netflix miniseries that focuses on the largely fruitless quest to track down information related to the theft, what little we do know paints a dire picture, with a lot of hunches about what exactly happened during the largest museum heist. Despite offering $10 million — the largest bounty ever offered by a private institution — not even the museum has been able to uncover evidence of where the paintings could’ve ended up.

But that’s not to say there aren’t some theories. Almost three decades into the case, law enforcement have some guesses about the “who” if not the “where.” Here’s a rundown of the facts as they stand of the Gardner Museum heist:

The thieves were first witnessed around 12:30 a.m. by several people straggling home from Boston St. Patrick’s Day celebrations. They were dressed in police uniforms and sitting in a hatchback car close to one of the side doors of the museum.

Around 1:20 a.m. they made their move, pretending they were responding to a disturbance and buzzing Richard Abath, one of the two guards on duty, to let them in. Abath let the men in (although he hadn’t seen anything, it was St. Patrick’s Day in Boston), and they asked him to step out from the security desk to provide identification, which he did. At that point, they tied up the guards in the basement and said, “Gentlemen, this is a robbery.”

From there, we know from the motion detector logs that they spent 81 minutes in the museum, with the best-known work taken by the thieves stolen from the Dutch Room, as well as a few items stolen from the Blue Room and Short Gallery. The perpetrators were not gentle, either. Priceless pieces like Rembrandt’s Christ in the Storm on the Sea of Galilee and A Lady and Gentleman in Black were cut from their frames.

In 2015, the FBI released a grainy surveillance video from the eve of the heist in hopes that it might bring forth new witnesses or information related to the men pictured in it.

Excerpt of surveillance video from The Isabella Stewart Gardner Museum on March 17, 1990.

When the thieves left around 2:45 a.m., they had stolen 13 works, including those by Manet, Vermeer, and Degas, and a few historic items. All told, the FBI has valued the stolen art at $500 million (at least). But that’s assuming you can sell valuable, high-profile stolen art — a big ask. Ultimately, that question would play into the larger picture for motive: If you weren’t planning on a big payday, what happens to the art?

Leads And People Of Interest

Since authorities arrived at 8:15 a.m. and discovered the crime scene and captured guards, theories on who did it and why have proliferated.

Initially, the FBI suspected Abath, who had acted strangely earlier in the night, briefly opening and shutting the side door of the museum (which some believe to have been a signal to the thieves). Since the only motion the detectors picked up in the Blue Room were Abath during his patrol, there was suspicion that he had grabbed Manet’s Chez Tortoni from there before or after the robbery took place. Ultimately, however, the FBI dropped him as a suspect, chalking his actions up to inadequate training.

From there, authorities started focusing their attention on mafia members in the area, including Whitey Bulger, one of the most powerful crime bosses in the area at the time. As This Is a Robbery notes, most of the investigation since has turned up little actual result and no physical evidence at all. (Bulger was arrested in 2011, and while authorities found plenty of money and illegal firearms, there were no paintings in his house.)

One of the most promising leads came two years later, when an anonymous letter writer wrote to the curator of the museum and claimed to be an intermediary for people who had the stolen art. The letter said the art had been stolen for a future get-out-of-jail-free card that was no longer needed it; the thieves would now accept full immunity for the heist and $2.6 million in exchange for the stolen art. After following some of the demands to start negotiations, the museum never heard from him again.

In the years since, the FBI has returned to the organized crime theory, believing the paintings were stolen to trade for a lesser prison sentence in the future. In 2013, the bureau announced it believed it knew the identity of the two original thieves, both of whom are dead. They have not been publicly identified.

However, no step in the case has brought any of the 13 stolen pieces back to the museum. Today, the empty frames of the paintings still stand in the gallery, in what the museum calls “symbols of hope awaiting their return.”

More like this
The Mysterious Gunther Corporation From 'Gunther’s Millions' Has Dissolved
By Brad Witter
Rachel Nickell’s Son Wants The Police To Take Accountability Over Errors
By El Hunt
The 'Freeridge' Cast Shared Their Hopes For A Potential Season 2
By Grace Wehniainen
You Might Want To Rewatch This Key 'On My Block' Scene To Understand 'Freeridge'
By Grace Wehniainen
Get Even More From Bustle — Sign Up For The Newsletter
From hair trends to relationship advice, our daily newsletter has everything you need to sound like a person who’s on TikTok, even if you aren’t.