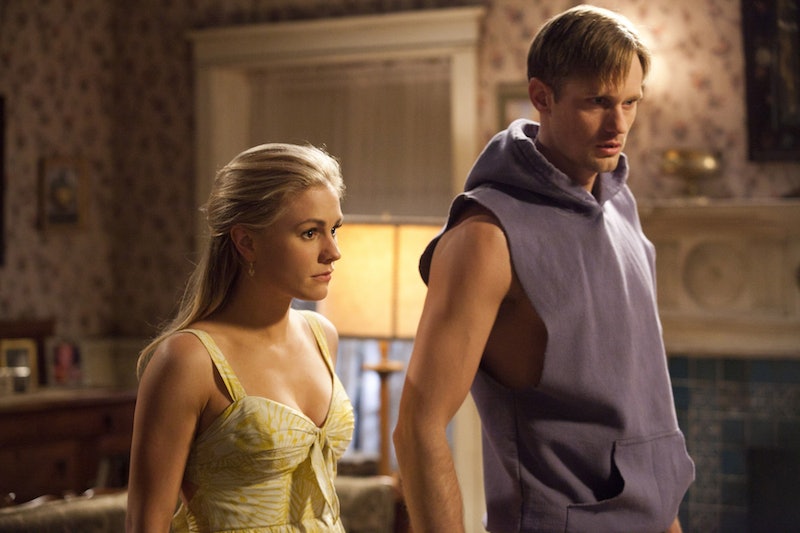 Just last week, I started re-watching True Blood, the vampire show set in the fictional town of Bon Temps, Louisiana, which has all the blood, gore, and x-rated activity one would need during a global pandemic. Which is why I, for one, am thrilled to hear the news this week that a True Blood reboot is happening. Here's what we know so far...

While HBO is yet to confirm anything or respond to requests to comment for stories such as this one by TV Line (who originally reported the news), rumour has it the show could very much be returning some time soon. It has been reported that Riverdale creator and Big Little Lies producer Roberto Aguirre-Sacasa will be the executive producer for the project, with Alan Ball, the creator of the original series, also being involved.

It is so far unclear whether the reboot will feature the original cast, which included Anna Paquin as lead Sookie Stackhouse, Stephen Moyer as her main vampire love interest Bill Compton, and Alexander Skarsgård as the brilliant Eric Northman, who also had a soft spot for Sookie.

True Blood was based on based on the fantasy novels by Charlaine Harris, and ran for a total of seven seasons between 2008 and 2015. It was reportedly cancelled not because of low ratings, but because show runners felt like it had come to a natural conclusion.

HBO programming boss Michael Lombardo said of its cancellation: “Every season we sit down with the creator and say ‘Tell us what the next year will be like.’ And if there aren’t exciting, unbelievable, undeniable ideas in the coming season, we’re questioning. And I think in the case of True Blood, it just felt like we had reached a place where the storytelling was hitting a wall. And to stay just because the ratings were strong felt not who we are and we needed, quite honestly, the money and Sunday night space for new shows.”

Check back for updates on this developing story.