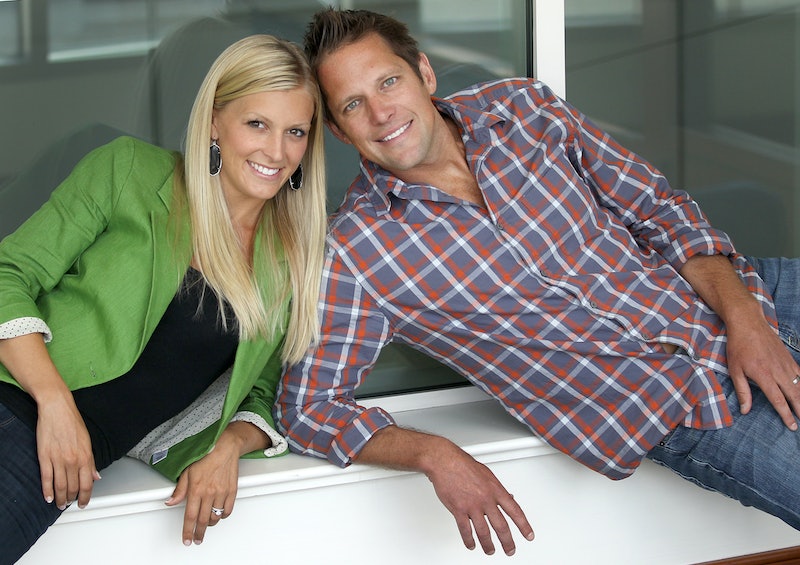 Things with Ali Fedotowsky may not have worked out on The Bachelorette, but runner-up Chris Lambton did meet his wife, Peyton Wright, because of the show. Wright appeared on The Bachelor Season 10 and Bachelor Pad Season 1 before being introduced to Lambton with the help of Chris Harrison, Lambton says over email. In May, the couple celebrated their eighth wedding anniversary. They also have two kids: 3-year-old Lyla James and 1-year-old Hayes.

Lambton was a landscaper when he appeared on The Bachelorette, and he's continued to grow his business since then. He owns a lawn care business with his dad and brother and hosts not one, but three landscaping shows: HGTV and DIY Network's Lawn & Order, where he gives for-sale houses much needed curbside appeal; Yard Crashers, where he surprises hardware store customers with his handyman service; and Going Yard, on which he and his wife give neglected backyards the love they deserve. "I never imagined that I would end up having a show on HGTV, let alone a few shows," Lambton says. "I am so lucky to get to be on TV doing something I love."

Last year, Chris also became a local politician. He won a seat on the board of selectmen in his hometown of Dennis, Massachusetts. "So I get to serve the community that I grew up in," he explains.

Thankfully, quarantine hasn't halted outdoor work, and Chris has been busy all summer. He's been doing plenty of landscaping for himself and his clients, per Instagram, and has even recruited his kids for help.

As for the future, Chris hopes to continue doing exactly what he's doing. "My goals are to be the best dad for my two amazing children and continue to have fun with my beautiful wife Peyton," he says. "If I still get to be on TV giving people free backyard makeovers, I’ll take it!"