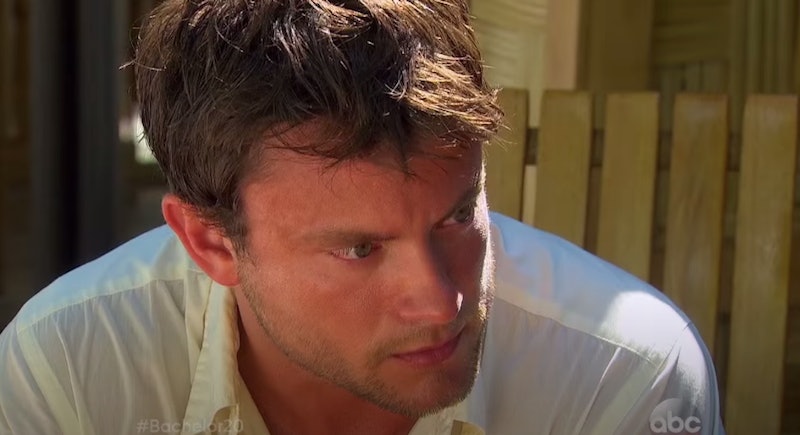 Ali Fedotowsky may be happily married to Kevin Manno, but her road to finding the one wasn’t exactly easy. Her 2010 season of The Bachelorette was full of heartache, thanks in large part to former Bachelorette contestant Frank Neuschaefer, who broke things off with Fedotowsky after revealing he was still in love with his ex, Nicole Caruso. The decision left the former Bachelorette (and fans) devastated and is sure to be one of the pivotal moments discussed during the Aug. 3 episode of The Bachelor: The Greatest Seasons — Ever! Yet it seems that despite the initial heartache, Neuschaefer made the right choice in leaving the show for both him and Fedotowsky in the long run.

Though he’s since shied away from the spotlight, Entertainment Tonight reported that as of 2017, Neuschaefer and Caruso appeared to still be together after briefly breaking things off at some point following their post-Bachelorette reunion. However, if you’re looking for photographic evidence of this, be prepared for disappointment. Neither Neuschaefer nor Caruso appear to have an Instagram account, and Neuschaefer tweets only occasionally — mostly about politics.

A little internet sleuthing shows that Neuschaefer did end up breaking things off permanently with Caruso at some point and went on to get engaged to his new girlfriend, Jennifer Carr. The two of them created a wedding registry on The Knot a few years back and were slated to get married on April 26, 2019. And given that Carr’s Facebook account includes several photos from her wedding day (along with a very telling name change), it seems the marriage went off without a hitch, meaning Neuschaefer is no longer on the market.

However, that isn’t the only time his name has popped up in headlines as of late. Fedotowsky provided an interesting detail about Neuschaefer’s life during the Bachelorette reunion special in May 2019, where she revealed that they had hooked up a few years after The Bachelorette aired when she was no longer engaged and enjoying her single life.

"Honestly, I don't think I've ever told anybody this, but after Roberto and I broke up, I actually went on a date with Frank, and we were romantic for, like, a night!" Fedotowsky confessed, per Entertainment Tonight. But nothing ever really became of their one night together, indicating that — at least in regards to a long-term relationship — these two were just never meant to be.

More like this
'Bachelorette' Vet Clare Crawley Unveiled 2 Special Wedding Day Accessories
By Stephanie Topacio Long
Kaitlyn Bristowe Said Chris Harrison Ignored Her After Her 'Bachelorette' Hosting Gig
By Grace Wehniainen
This 'Bachelor' Contestant Got Back With Her Bachelor Nation Boyfriend After Going Home
By Grace Wehniainen
Susie Wrote About Choosing "Sun Not Shade" After Clayton & Rachel's 'Bachelor' TikTok
By Grace Wehniainen
Get Even More From Bustle — Sign Up For The Newsletter
From hair trends to relationship advice, our daily newsletter has everything you need to sound like a person who’s on TikTok, even if you aren’t.