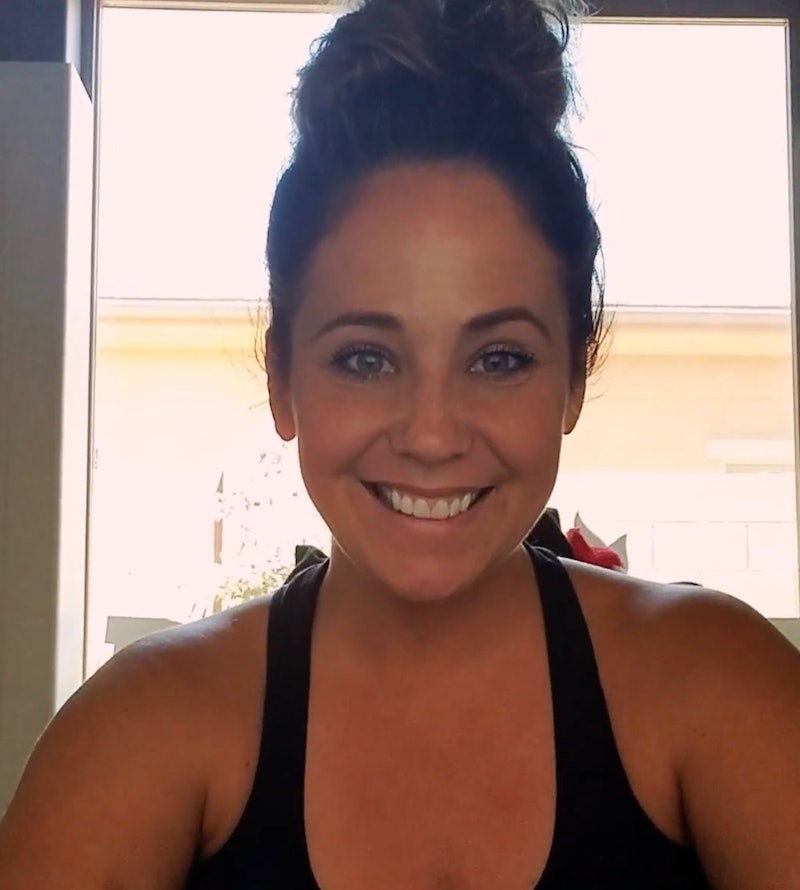 During his first stint on The Bachelor in 2007, Brad Womack shocked fans when he became the first Bachelor to choose no one, sending home both realtor DeAnna Pappas and Phoenix Suns cheerleader Jenni Croft at his final rose ceremony. But by the time ABC aired the season, Jenni had already moved on. She told Reality Steve in a January podcast interview that she'd gotten back together with an ex-boyfriend and the two even got engaged, though they eventually broke up.

Cut to today, and Jenni is married and living in Phoenix. After her appearance on The Bachelor, she continued dancing for the NBA's Phoenix Suns for two more years. However, she'd also been working at a dentist's office during that time, and when her Suns coach mentioned that their team dentist, Dr. John Badolato, was hiring someone for his front office, Jenni leaped at the opportunity. She landed the job, and after a year of working together, she and Dr. Badolato started dating.

Jenni married John in October 2010, just after she and DeAnna appeared together on Brad's second Bachelor season. (Jenni told Reality Steve that was the first time she'd seen or talked to Brad since his first season aired.) She and her husband, who is also the team dentist for the Arizona Diamondbacks and served as the cosmetic dentist on ABC's Extreme Weight Loss, are now parents to three children: Gio, 8, Taio, 6, and Mia, 2.

In 2019 — 10 years after she last danced for the Suns — Jenni attempted to return to professional dancing and tried out for NFL's Arizona Cardinals cheerleading team. She didn't make the squad, but intimated to Reality Steve that she'd be trying out again in March. (Auditions have since been postponed due to the coronavirus pandemic.)

"Just because you're a mom and just because you're 40, [that] doesn't mean that you can't do the things that you still really love to do," Jenni told the Bachelor blogger during their January interview. "I'm so passionate about being able to still be me in the midst of being a wife and a mom and a business owner." (The business she now runs is an online women's clothing boutique, Pretty Chic Unique.)

As for her time on The Bachelor, Jenni said she's always kept in touch with fellow Season 11 contestant Sheena Stewart, and that she feels like her experience on the show was genuine. "I can honestly say when I watch the show back, everything that they aired is exactly how I remember it," she said on Reality Steve's podcast. "I remember thinking they portrayed me and went through the whole show exactly how I remember it."

More like this
Tahzjuan Took A Cruise With These Bachelor Nation Alums After Visiting Zach's Season
By Kayla Blanton and Grace Wehniainen
Twitter Thinks This Is The Real Reason Zach Sent Christina Home On 'The Bachelor'
By Grace Wehniainen
This 'Bachelor' Contestant Had The Best Reaction To Wearing The Same Dress As Another Woman
By Grace Wehniainen
A Guide To All Of Zach Shallcross' 'Bachelor' Filming Locations
By Brad Witter
Get Even More From Bustle — Sign Up For The Newsletter
From hair trends to relationship advice, our daily newsletter has everything you need to sound like a person who’s on TikTok, even if you aren’t.