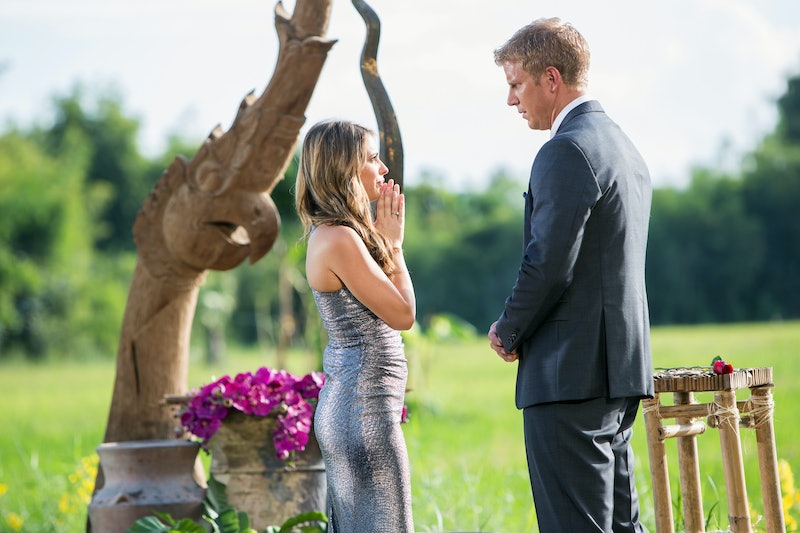 Seven years after competing for a final rose, Sean Lowe's runner-up on The Bachelor Lindsay Yenter is married with two young sons. According to her Instagram bio, she's "not an influencer," like many of her fellow former reality stars, she's "just a girl who got dumped on TV." It's a good thing she can look back on the experience and laugh, because her breakup and much more will likely resurface in The Bachelor: The Greatest Seasons - Ever!

With the help of Chris Harrison, the new special will recap the most dramatic moments in the show's history, and check in with some alumni. As for Lindsay, she seems to be enjoying life as a mom and wife to Karl Swanson, whom she married in 2015.

The family of four live in Southern California, and Lindsay is a "team member" at Tubby Todd, a company that sells gently formulated bath products for kids. When she's not sharing photos of her sons on Instagram, she's praising her job and husband. "This guy right here is pretty incredible," she wrote under a post of him pushing the kids in a stroller, a leashed dog connected to either side. "He definitely doesn’t get enough credit for all that he does. Since we’ve moved into our new place he wasn’t stopped working hard on the house, at work and with the boys. I love you @kwswanson and appreciate all that you do!"

Lindsay has also been honest about the not-so-picture perfect parts of her post-Bachelor experiences — specifically the sudden death of her father, Mark Yenter, two days after she gave birth to her youngest son. Bachelor fans met the two-star general during Lindsay's hometown date. On May 25, she honored the two year anniversary of his passing.

"I hate today. Two years ago, I was in the hospital just [having] given birth to Liam getting ready to get discharged when my phone rang with the worst news I could have imagined," she wrote on Instagram. She explained in the post that just hours after her father congratulated her on the baby on the phone, she found out he had died.

"There was something wrong with his heart that would suddenly steal him away from us," she wrote. "He never got to hold Liam or kiss us goodbye. And I hate it. I remember being wheeled out of the hospital with my brand new baby in my hands while people congratulated me not knowing that my father had passed away. It was surreal and traumatizing... something I still haven't fully come to terms with."

Despite the trauma, though, she's moving forward. "Who knows if it will ever get better," she concluded, "all that I do know is that my father was incredible and that he loved his family and country fiercely. And that brings me peace."