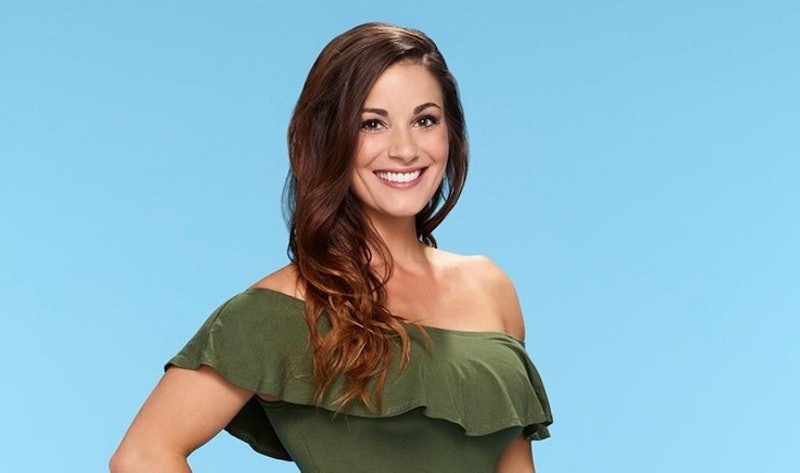 After meeting Nick Viall at her friend Jade Roper's wedding, The Bachelor's Liz Sandoz really wanted a chance at his final rose. So, she landed a spot on his Bachelor season in the hopes of forging a real connection. After a few weeks, however, Nick sent her home. But Liz says it all turned out for the best. "We actually filmed almost four years ago," she tells Bustle. "Time flies and so much has happened!"

Among the things that have happened is that Liz found love with Vito Presta, someone she'd known from before she was on the show. According to Us Weekly, the two had been friends since 2015, but eventually transitioned to a romantic relationship. "I knew my husband was the one the first time we kissed," she told the magazine. The two tied the knot in early 2019.

Liz tells Bustle that part of the reason she loves Vito so much is that he's "helped me pursue my dreams of empowering and educating women through my podcast, Miraculous Mamas, and my work as a birth doula in my community." And now they're about to welcome their first child. After experiencing a pregnancy loss in 2019, Liz and Vito revealed that they were expecting again in April.

Their baby is due any day now, and Liz says the couple is "thrilled to be embarking on the next adventure in our lives." Good thing she'll be able to use all of her doula knowledge to her advantage. And after she goes through birth herself, she says she hopes to continue doing work in that space to "inform women about their rights and options during their reproductive years."